Re: White House Website: The Need to Correct a
False Description of the Second Amendment 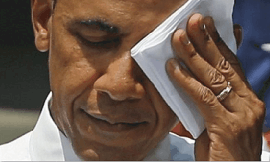 As Executive Director of Gun Owners of America, Inc., and Executive Vice President of Gun Owners Foundation, and on behalf of our over 300,000 members and supporters, I respectfully bring to your attention a matter that requires your immediate action.

Even recognizing that the website attempts to present only a simple summary of provisions of the Constitution, the description is highly inaccurate, and should be immediately corrected so as not to mislead the American people as to the true nature and scope of the Second Amendment. There are two separate problems with the White House website.

The Supreme Court explicitly stated that “it has always been widely understood that the Second Amendment, like the First and Fourth Amendments, codified a pre-existing right. The Second Amendment text recognizes the right as pre-existent, declaring only that it ‘shall not be infringed.’” Id. at 592 (emphasis added). That is why the Court concluded in Heller that the right to keep and bear arms “belongs to all Americans.” Id. at 581 (emphasis added).5

Thus, the Second Amendment protects a right granted us by our Creator, as described in the nation’s charter, the Declaration of Independence:

We hold these truths to be self-evident, that all men are created equal, that they are endowed by their Creator with certain unalienable Rights, that among these are Life, Liberty and the pursuit of Happiness. [Emphasis added.]

You can understand our concern here, for if the Second Amendment is a mere privilege given to American citizens by government, it is a privilege which can be overcome by naked assertions of public safety. Indeed, this misunderstanding of the Second Amendment undergirds the erroneous positions being argued in many cases across the country by your Attorney General and the U.S. Justice Department.

Additionally, the description on the White House website completely ignores the fact that the Second Amendment protects not only the right to “bear” arms but also to “keep” them.

On behalf of one of the largest and oldest firearms rights groups in the United States, we respectfully suggest that the White House adopt following language to replace the erroneous explanation:

“The Second Amendment seeks to preserve the United States as a free nation, by protecting the right of individual American citizens to acquire, own, possess, sell, carry and use modern firearms, both through service in a citizen’s militia as a final line of defense against government tyranny, as well as other personal uses such as self-defense, hunting, and other sporting activities.”

Please do not hesitate to contact me if we can be of further assistance in this matter. We look forward to these corrections to the White House’s website being made in the near future.

[5]  By way of contrast, the White House website correctly states that the First and Fourth Amendments “protect” rights, and nowhere except in reference to the Second Amendment does it describe rights as being granted by government.