Pat yourselves on the back!

As you will recall, GOA rallied gun owners several times over the past couple of months in opposition to Operation Choke Point.

Well, faced with a devastating barrage from the Second Amendment community, the Obama administration has staged a hasty retreat on its plan to shut off credit for gun stores through “Operation Choke Point.”

According to an article in The Washington Times, “[g]un retailers are no longer on a hit list deemed ‘high risk’ by the Federal Deposit Insurance Corp. after the banking regulator formally withdrew [this list]” last week.

The FDIC said its efforts to destroy the gun industry “led to misunderstandings.”

But frankly, the only “misunderstanding” in the actions by the FDIC and Eric Holder’s “Operation Choke Point” involved Obama’s misunderstanding of the withering response to his slimy efforts to destroy the Second amendment “by the back door.” 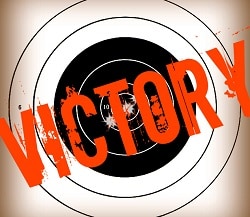 With the support of GOA, appropriations legislation in the House had language which would have eliminated Operation Choke Point entirely. And Harry Reid was forced to pull the bill and derail the appropriations process after Senator Rand Paul, with our urging, threatened to force endangered Democrats to vote on the issue in that chamber.

As is always the case with Barack Obama, one can never assume that he has backed away from his efforts to destroy the Second Amendment.

But last week’s actions are pretty good news for the gun community. So thanks again for all your hard work!

As Congress leaves for its August recess, Gun Owners of America is turning up the heat on the White House.

GOA today posted an Open Letter to President Barack H. Obama and pressed him to revise the official White House explanation of the Second Amendment.

Thousands of children across the nation use this official site to get help in understanding the Constitution while doing reports for their civics classes.

Given that fact, the Presidential misunderstanding of our God-given rights — and confusing them with mere privileges — is simply atrocious.

Go here to read the President’s description of the Second Amendment to read GOA’s response to it.

GOA educating the masses as to how guns save lives

While the national media has engaged in a virtual blackout of the tremendous news story out of Darby, Pennsylvania, GOA is helping to spread the news from coast to coast.

As we mentioned in our alert last week, a concealed carry holder in at the Mercy Fitzgerald Hospital saved countless lives on July 24 when he used his firearm to stop a killer who was bent on taking down even more innocent lives.

GOA has published several iterations of this story on its Facebook page … has profiled it on the GOA website … is highlighting this self-defense shooting on other sites and talk shows nationwide … and is currently working on publishing a video for students and media types alike.