Ahead of the one year anniversary of the tragic shooting at Marjory Stoneman Douglas High School in Parkland, Florida, Sen. Marco Rubio (R-FL) on Thursday re-introduced the “Extreme Risk Protection Order and Violence Prevention Act,” commonly referred to as “red flag laws.”

“A gun violence restraining order is one of the most effective policies we can put in place to prevent another tragedy like Parkland,” Rubio said in a statement. “We can help keep our schools and communities safe by empowering law enforcement or family members to use the judicial system to keep guns out of the hands of dangerous individuals. This idea has already proven successful in states like Florida, and it is my hope that this bill will get other states to do the same thing.” 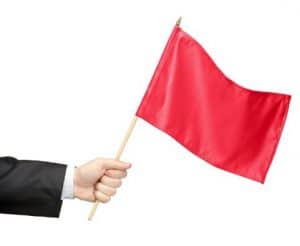 According to Rubio’s team, here’s what the bill will do:

Gun Owners of America, the National Shooting Sports Foundation and the National Rifle Association have voiced concerns over red flag laws. The main concern is the potential for a lack of due process. While Rubio’s previous piece of legislation required a court hearing within 14 days of being petitioned, there’s no appeals process. Once a person is deemed unfit, their Second Amendment rights can – and will – be revoked.

The other issue is the abuse factor. There’s nothing that keeps people from abusing this system. Here’s an example:

A man is an avid Second Amendment supporter, enjoys going to the range and is a concealed carrier. He decides the relationship with his girlfriend is no longer working out so he breaks up with her. She’s upset about the breakup. To get back at him, she petitions the court utilizing red flag laws (assuming they’re already in place). Her claim is he’s mentally unfit to own a firearm. She decides to lie and say he’s threatened her and has stocked up on ammunition. The court would, more than likely, decide he is a threat. That means they’d revoke his access to firearms. There’s nothing that would prevent the ex-girlfriend from making these false claims. And there’s no way for him to refute the claim.

The lack of due process and the instantaneous decision is what Second Amendment advocates are, rightfully, worried about.