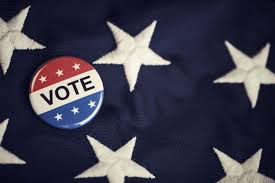 Round one of the 2019 Louisiana election cycle is in the books and it was record-breaking!

In addition to record voter turnout, Louisiana voters elected the most Republican legislature in the state’s history.

All we have to do is go out and vote!

With so many races still undecided it vital that we, Louisiana gun owners, get out and vote!

When and Where to Vote

Early Voting for the general election is Now through November 9th, from 8:30 a.m. to 6:00 p.m. Early voting locations can be found here.

Who is on the Ballot

To find a sample ballot specific to you, click here.

The scorecards can be found here, here, and here. (We will update the scorecards as often as possible as candidate responses continue to come in.)

For additional candidate information, I would suggest checking out the Louisiana Family Forum’s Louisiana Voters Guide.

Finally (I know I sound like a broken record, but it is only to stress the importance) make sure you, your friends and family, and all gun owners you know, take the time to go vote!