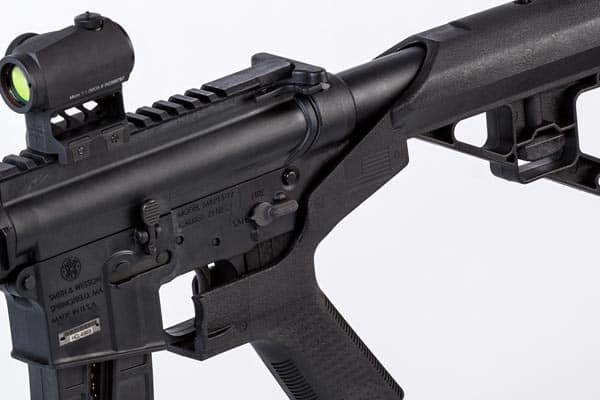 “The answer is we have a Bill of Rights and not a Bill of Needs.” — Erich Pratt

When law enforcement officials searched through Stephen Paddock’s arsenal of weapons, they discovered that 12 of his 47 firearms were outfitted with a deadly device that allows a semiautomatic weapon to perform more like a fully automatic weapon.

The device used to modify the firearm is known as a “bump stock.” Officials say it allows firearms to fire hundreds of rounds per minute. …

Bump stocks are legal, according to the ATF, because they do not permanently modify the firearm nor do they constitute a mechanical modification of the device. However, they remain highly controversial.

In an interview with The Associated Press, Erich Pratt, executive director of Gun Owners of America, defended the use of bump stock devices. …

“Ultimately, when Congress… looks at this, they’ll start asking questions about why anybody needs this, and I think the answer is we have a Bill of Rights and not a Bill of Needs,” Pratt told the AP.