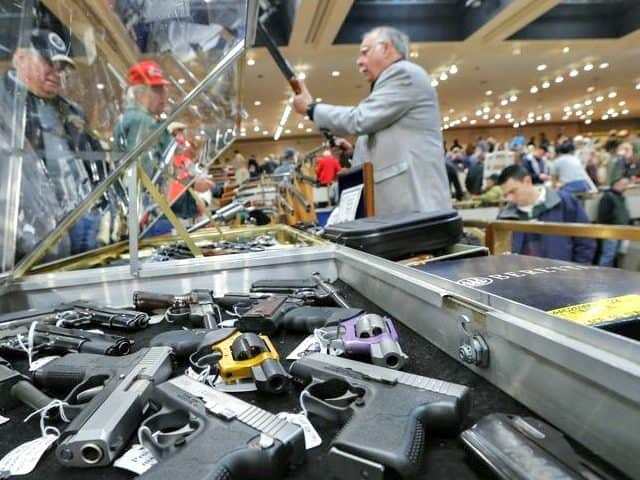 “[D]uring every month this year, gun sales have either set a new record — as seen in May — or they have come in second or third place.” GOA’s Erich Pratt said.

Gun sales appear to be slipping yet again after the Obama surge, with federal gun background checks dropping more than 20 percent last month — the biggest monthly percentage decline in more than three years.

With President Trump now firmly in office, the fear of new federal controls that could restrict ownership has faded…

The number of purchases run through the National Instant Criminal Background Check System, known as NICS, dropped from about 2.2 million in July 2016 to 1.7 million last month, marking the seventh time in the eight full months since Mr. Trump’s election that there’s been a month-to-month drop. Mr. Obama oversaw 19 straight months of increases toward the tail end of his time in office…

Storm Ruger CEO Christopher Killoy said on a recent conference call with analysts that summers are also traditionally a tougher time for sales and that the industry is returning to a more normalized, seasonal pattern…

Other gun-rights supporters acknowledge the July drop, but say the checks are still near the recent historically high levels. The 1.7 million federal checks in July were the second-highest total ever for the month.

“One would think the demand for purchasing guns is waning if you only compare this year’s totals to last year’s all-time highs,” said Erich Pratt, executive director for Gun Owners of America. “But during every month this year, gun sales have either set a new record — as seen in May — or they have come in second or third place.”

The records run through NICS aren’t a one-to-one correlation to gun sales, but are often used as a general approximation for the market.

Bloomberg Group Puts Gun Store Owner Out of a Job