HIGBIE: Gun owners are not the Republican block to be taken for granted anymore.

I want to vote FOR someone, not against someone. Ryan Fazio is taking gun owners’ votes for granted. Like they are in most areas of the country. He is not willing to even to say he supports the Second amendment on his website. In Connecticut gun owners make up over 25% of total voters, almost exclusively Republicans. We cast close to half of Republican votes…and growing. The percentage of gun permits are up double digits in Connecticut, 2-1 for women too. We are also some of the most politically active people in politics. We are the folks, not exclusively, but the majority, who put signs in our yards, stickers on our cars, make donations and go door to door. 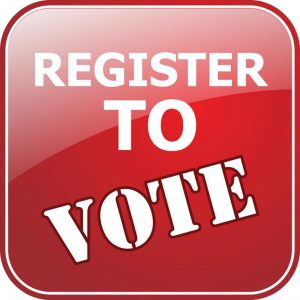 You want to know why we have Democrat control in Connecticut? Because Republicans are not excited to vote. We lose elections because our candidates don’t actually believe in the principles of our party’s platform. We lose elections BECAUSE we moderate. Sure, we pick up a half dozen folks in the middle… but we lose our base. I’m the base. I’m the guy who drives a truck with a flag in the tow hitch with a “not a liberal” sticker on the rear window. I donate to almost every campaign I can. There are THOUSANDS of others that agree with me in this district. You know how many votes Fazio lost by last time? Hundreds. Plug that into your political calculator party leadership!

I am an elected member of the RTM myself, for which I had the entire weight of CNN and the state democratic party against me, for the lowest elected office in town, in a majority blue district. I still won, because my base overwhelmed the polls. Almost no one is undecided anymore. Supporting the second line in the bill of rights, upheld by the supreme court, reinforced by article 1 section 15 of the Connecticut Constitution, in the Constitution State, is not a radical stance. So, I’ll be staying home this special election, along with hundreds of other gun owners I have spoken to. Because if Ryan Fazio won’t even mention his support for his base’s top issue, can you imagine how he will actually vote in an election year?..

Most gun owners are not single-issue voters, but if ignored, many of us are willing to exercise our additional option at the ballot box, which very few Republican candidates ever consider. Not to show up. I have spoken to some of those in the party that say, “Carl, this could cost Fazio the election”. You are damn right it could… But I have come to understand these washy “conservative in private” folks we are sending to Hartford, DC, or wherever. They give us the same end result as if we sent a Democrat. It’s not the “lesser of two evils”…because they vote Democrat anyway. Republican representatives need to tart standing up for gun owners… publicly. You don’t get our vote automatically. Kimberly Fiorello knew this. Publicly was pro 2A and won her seat anyway. It actually helped, rather than hurt her, because her base was excited! I’m not even in her district and I did everything I could for her campaign, because I was excited that someone was willing to fight for something important to me. Something that I spent 9 years of my life fighting wars for.