Here’s the Truth About Gun Control and Crime

Here’s the Truth About Gun Control and Crime 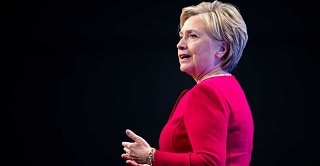 “The crowd fled at the sound of gunshots. Imagine the deaths if the shooter had a silencer, which the NRA wants to make easier to get,” Hillary Clinton tweeted.

“Our grief isn’t enough. We can and must put politics aside, stand up to the NRA, and work together to try to stop this from happening again,” she added.

And she wasn’t the only one to quickly promote gun control in light of the terrible news about the shooting, which has left at least 58 dead and another 500 wounded.

While the facts are still entirely unsettled as of this writing, that didn’t stop gun control activists from immediately jumping to conclusions or answers on how to fix everything.

And while too little is known about the Las Vegas shooting to make judgments about what could or could not have prevented it, the reality is that gun ownership does not lead to more crime in the United States.

Read more at The Daily Signal