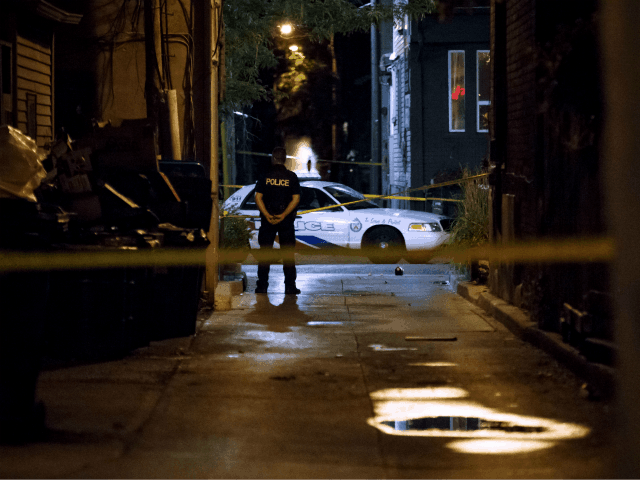 Video captured on a cell phone shows a shooting suspect “calmly” open fire on innocents in Toronto’s Greektown district Sunday night.
The shooting occurred around 10 pm local time and Breitbart News reported that the shooting immediately left one woman dead and 13 others injured. BBC reports that a second death related to the shooting was announced on Monday morning. …

CBS News reports reports that Toronto Mayor John Tory reacted to the shooting by saying, “Guns are too readily available to too many people.” But the University of Sydney’s GunPolicy.org lists Canada’s gun control as “restrictive.” In order to purchase a gun one must first acquire a license for which they must undergo a background check. The background check includes a consideration of “criminal, mental health, addiction and domestic violence records.” It also requires a “third party character reference,” and law enforcement interviews with the gun license applicant’s “spouse, partner, or next of kin.”  And “gun shows and temporary firearm dealing events are regulated” in Canada.