A Second Amendment advocacy group on Tuesday asked a federal judge to block a New York state law that bans the carry of firearms in certain “sensitive locations” such as stadiums, hospitals and Manhattan’s Times Square. 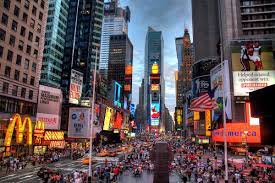 The request was part of a lawsuit brought by the Gun Owners of America against a New York law enacted this summer in the wake of a landmark Supreme Court decision expanding the Second Amendment.

The justices’ 6-3 decision in late June found the Constitution generally protects the right to carry a firearm in public for self-defense. At the same time, the court said guns could be restricted in certain “sensitive locations,” but left that term largely undefined.

In response to the Supreme Court’s ruling, New York Gov. Kathy Hochul (D) on July 1 signed a law that criminalizes the concealed carry of guns in airports, houses of worship, Times Square and other sensitive places, prompting a swift legal challenge.

Gun Owners of America is one of several plaintiffs who are urging a federal judge in Syracuse to block the New York law before it takes effect on Sept. 1…