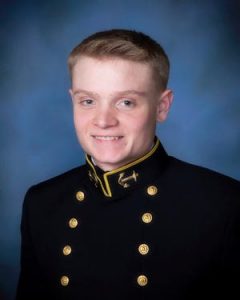 Joshua Kaleb Watson was shot five times in Pensacola, Florida. He managed to escape the building where the shooter had gone on a rampage and, with his last breath, gave law enforcement the information they needed to bring the horror to an end.

Watson had come out of the Naval Academy and spent years learning how to defend himself with a firearm. But he was a sitting duck in Pensacola because of the military’s policy of disarming servicemen stationed in the U.S.

His family is asking why.

In the words of his brother Adam: “If we’re going to ask these young men and women to stand watch for our country, they need the opportunity to defend themselves. This isn’t the first time this happened and, if we don’t change something, it won’t be the last.”

“He lost his life because he wasn’t … able to defend himself,” echoed Joshua’s mother, Sheila.

This isn’t the first time the military’s policy of banning guns in the hands of servicemen in U.S. military installations has gone horribly awry.

In Fort Hood, Texas, 13 people died in 2009 at the hands of the erroneous notion that you can keep “bad guys” from possessing guns in situations like this.

And then there were 15 casualties at the same Army base in 2014.

A couple of days before Pensacola, violence erupted at a military installation at Pearl Harbor.

So what does USA TODAY’s Editorial Board propose? That you prohibit foreign nationals training with the U.S. military from acquiring guns? Exactly how’s that supposed to work?

Is the notion that military trainees will have no access to firearms?

Time after time, the news media respond to tragedies such as this with a single ineffective mantra: gun bans.

But here’s an idea: We train our servicemen to defend themselves against gunfire in Baghdad and Kabul. How about allowing them to do what we’ve trained them to do in Honolulu and Pensacola?