Kavanaugh’s confirmation isn’t a done deal. Republicans hold a 51-49 majority in the Senate. The terminally ill Sen. John McCain is not expected to vote, which means presumed Republican supporters have a one-vote majority strictly along partisan lines. 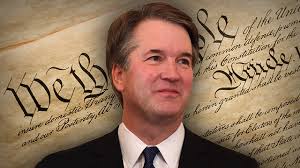 While adding a relatively young and conservative judge to the Court is significant, Kavanaugh won’t change the make-up on the Supreme Court on the Second Amendment. Kennedy voted for an “honest reading of the U.S. Constitution” and voted with the 5-4 majorities in Heller and McDonald. …

Gun Owners of America (GOA) Executive Director Erich Pratt: “Gun Owners of America is optimistic that Judge Brett Kavanaugh will be a huge improvement over the retiring Justice Anthony Kennedy on many constitutional issues, including the Second Amendment. Initial reports suggest that Judge Kavanaugh deeply respects the Second Amendment, even though he was not the strongest of the finalists. Nevertheless, Judge Kavanaugh filed a pro-gun dissent in Heller II, arguing that Washington, DC’s ban on semi-automatic firearms was arbitrary and unlawful. In fact, his dissent was so well argued that GOA’s subsequent legal briefs have repeatedly held up his dissent as the model to follow. In another case, Kavanaugh correctly interpreted the Firearm Owners Protection Act to find that a defendant could not be sentenced to 30 years in prison for use of a fully automatic firearm if he was unaware that the gun fired automatically. Kavanaugh also supported the prevailing opinion in the Citizens United case, which affirmed GOA’s voice in the political arena. GOA hopes that the Senate will confirm Kavanaugh — and that the Supreme Court will take up more Second Amendment cases, thus repealing the onerous and unconstitutional restrictions on the right to keep and bear arms that exist throughout the country.”

Gun Owners of America Statement on Pres. Trump’s Nomination of Kavanaugh to SCOTUS