Gun Owners of America (GOA) Texas Director Rachel Malone released the following statement after a sailor used her handgun to stop a suspected terrorist at the Naval Air Station in Corpus Christi, TX. 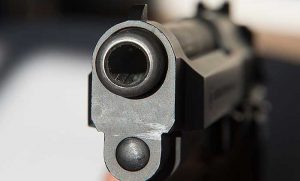 It is despicable when evil people such as this suspected terrorist attempt to carry out evil plans to take innocent life. I am thankful that the sailor at the Corpus Christi Naval Air Station was prepared to defend the base and that she took quick and decisive action to stop the threat. The sailor used her handgun to shoot back and thwart a potential terror attack. Because she was armed and trained, she undoubtedly saved many lives. I wish her a full and speedy recovery.

This result is consistent with FBI reports which show that when an attacker is confronted by an armed bystander, casualties during the mass killing are either prevented or mitigated 94 percent of the time.

With this data in mind, Gun Owners of America continues to urge all military bases to lift bans on handgun carry so all military personnel can carry for self-defense and be prepared to save lives.