“The decision by the Supreme Court to deny cert in the Kettler case is deeply disappointing. Jeremy Kettler was a victim of Eric Holder’s Justice Department, who prosecuted a disabled veteran for a ‘crime’ where no one was hurt, injured or killed. 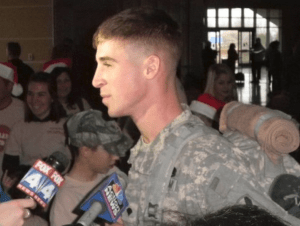 “The Obama Justice Department brought criminal felony charges against Kettler for illegally possessing an unregistered firearm suppressor that was made in Kansas and never left the state. Kettler was prosecuted despite the fact that Kansas’ ‘Second Amendment Protection Act’ protected his actions.

“Ironically, if Jeremy Kettler had been approved to purchase a gun in England, it would have been considered rude not to put a suppressor on it. Instead, Kettler incurred the wrath of the Obama administration which charged him with penalties that could have resulted in ten years in jail. And sadly, the current Solicitor General Noel Francisco urged the Supreme Court not to take this case.

“We are certainly grateful that the Court has decided to hear another Second Amendment case—in NYSRP v. New York City, which is a case where GOA has submitted an amicus brief. But the Court has generally ignored the plight of gun owners for far too long, and good people are having their lives destroyed by victimless crimes which are being vigorously enforced by gun control zealots.

“President Trump’s interview last Wednesday on British television with Piers Morgan could not have come at a worse time for the Kettler petition.  One of the most virulent anti-gun members of a generally anti-gun media, Morgan asked Trump for his view on suppressors, often called silencers, and Trump took the bait.  Trump’s response was ‘I don’t like it.’  President Trump also said he would like to think about banning suppressors.  GOA would oppose any such effort—whether it came through legislation or through actions from Trump’s Bureau of Alcohol, Tobacco, Firearms and Explosives (ATF).

“In 2017, President Trump directed the ATF to ban bump stocks, and despite many years of rulings that properly found them to be unregulated under federal law, ATF did what they were told.  This led to GOA filing suit to enjoin the bump stock regulations in a case now pending in the U.S. Court of Appeals for the Sixth Circuit.

“This President claims to be the most pro-gun president in history, but he needs to understand that he is deeply disappointing and demoralizing those who worked so hard to elect him.  If every time a shooting occurs this President reacts emotionally to ban whatever weapon might have been used … there will be a never-ending series of threats to the Second Amendment.

“Sadly, it appears that the new additions to the U.S. Supreme Court have not brought about the changes for which the gun community was hoping. Regardless, Gun Owners of America is determined to fight all those who oppose gun rights at every step, and we will continue to challenge the NFA and bans on suppressors in Congress and in the courts.”