GOA offers Ted Cruz, others props for stand against registry 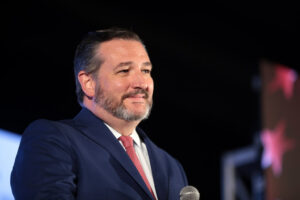 Sen. Ted Cruz is not the kind of Republican that will just go along with whatever the Biden administration wants just so everyone can get along. I respect that about him.

The GOA has something to respect in the Texas senator as well.

In particular, they respect his stand against the administration’s efforts to create a de facto gun registry.

From a press release sent on Thursday:

“President Biden’s recent move to expand ATF’s gun registry is illegal, and we applaud Senator Cruz and his colleagues for fighting this unconstitutional rule with a Joint Resolution of Disapproval. GOA will sue the Biden administration to halt the implementation of this anti-Second Amendment rule and is pleased to see members of the Senate sending a clear message that they will not tolerate this unlawful abuse of authority.”

Obviously, I agree with the GOA on this one. After all, I’ve written about the problems with this registry and even taken on those who claim it’s no such thing.

I don’t care how the Biden administration dresses this up, it’s a registry. Especially when you couple it with their push for universal background checks, everyone should be troubled. Then you factor in the new rules regarding unserialized firearms and you only need one more step to make this more than a de facto registry…