Comments on Obama’s Move to put Gunsmiths out of Business

Obama Administration Moves to Put Gunsmiths Out of Business

These comments are filed to the U.S. State Department on behalf of Gun Owners of America, Inc. (“GOA”), a national membership 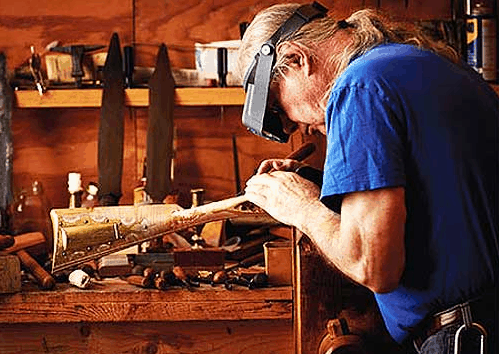 education and lobbying social welfare organization, devoted to protecting and defending firearms rights across the country. GOA was incorporated in California in 1976 and is exempt from federal tax under section 501 (c) (4) of the Internal Revenue Code (“IRC”).

This is in response to the letter by the Department of State on July 22, 2016. Although the State Department acted by fiat and doesn’t care what any affected individuals or organizations think, GOA nevertheless submits these comments on the “guidance” entitled “Applicability of the ITAR Registration Requirement to Firearms Manufactures and Gunsmiths.”

The gravamen of our comments is that the State Department’s “clarification,” far from improving the impact of the department’s actions on gun owners is an obvious, unconstitutional power grab unsupported by statute.  It makes matters worse — particularly for gunsmiths, whom it effectively outlaws. This, apparently, is the intention.

1. Gun Owners Understand That, Notwithstanding the Obama Administration’s Dishonest Protests to the Contrary, the Clear Intention of this Regulation is to Effectively Make Gunsmithing Illegal.

If the State Department hated ISIS as much as it hates the Second Amendment, perhaps American foreign policy would be in better shape.

It’s not surprising that two Leftist politicians, Hillary Clinton and John Kerry, have produced a bureaucracy which is as consumed by political correctness as it is incapable of performing its core functions.

No one is fooled by the fraudulent representations of this administration.

And no one is puzzled by why the administration illegally circumvented the regulatory process in order to issue this diktat.

The State Department’s edict purports to make it illegal to:

b. Engage in reloading (perhaps other than on a round-by-round basis) (2.d); and,

Even the assembly of firearms kits would be illegal if it were more than “occasional” — a term that is not defined by these regulations.

In most cases, as few as one instance of prohibited activity can make the action illegal, notwithstanding the fact that the regulations allow the administration to regulate only someone who is “in the business of manufacturing or exporting or temporarily importing defense articles…” Plus, even though “manufacturing” is not defined in ITAR, as the State Department points out, this perverse interpretation is well outside any rational reading of that term.

And, as we read the “guidance,” retooling a firearm for personal use would nevertheless, require a license from the State Department, even though there is no intention to “export” the firearm or even sell it.

Of course, a gunsmith could spend the current $2,250 per year fee and apply for a license — a process which would be expensive, would subject the gunsmith to the State Department’s whim, would be unconstitutional, and might even present problems with 18 U.S.C. 923 (even though the list of objects constituting “firearms” is technically different for the two statutes).

State’s letter claims that many things are “manufacturing,” when they are obviously not.  Consider its contention that barrel threading constitutes “manufacturing,” and that any FFL who threads the barrel of an AR-15 to accept a muzzle device has just “manufacture[d]” a “defense article.”

In reality, it is the barrel manufacturer who “manufacture[d]” the barrel — the gunsmith simply “modified” it.

This same faulty reasoning applies to many of the letter’s other categories of activities that it classifies as “manufacturing,” but which are simply nothing more than mere modification or repair.

The bottom line is that the administration should expect this unconstitutional, unlawful action to be overturned on the next available appropriations bill in Congress.

2. The Prohibition on “assisting a foreign person in the design, development, and repair of firearm” is Unconstitutional Under Both the First and Second Amendments and Would Have a Dramatic Chilling Effect on Gun-Related Speech on the Internet.

This effectively outlaws any gun-related “how-to” communications on the Internet. This is unconstitutional under both the First and Second Amendments to the Constitution.

Did the administration really think it would “sneak this through” past millions of affected gun owners?

For this reason, the membership of Gun Owners of America has moved to kill the Clinton-backed sentencing bill (S. 2123), which, in section 108, contains provisions imposing a mandatory five-year minimum sentence for gun technicians who communicate “how-to” information on the Internet with respect to guns on the Munitions List. Ironically, law-abiding gun technicians would go to prison for mandatory sentences under this proposal, while drug traffickers (and killers who “pleaded down” to drug trafficking) would go free.

For all of these reasons, Gun Owners of America demands that the State Department withdraws this “guidance.” Alternatively, we will ask legislative appropriators in Congress to withdraw it.

Professors who ban guns in their classrooms will be punished, UT lawyer says