While SB 498 Passed the Judiciary Committee, the Fight is not yet Over! 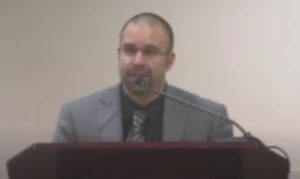 First and foremost, thank you for your diligent work in contacting your lawmakers and pressing the issue to report SB 498. As your State Director, I am here to amplify your voice in Tallahassee. It was your action that made the difference on Feb. 1. Thank you for your hard work and due diligence.

So SB 498 is now being assigned to another committee, specifically the Senate’s Criminal Justice Committee. But with the way the legislature works, sometimes a companion bill is submitted in the other chamber. That’s the case with concealed carry at religious institutions. There is a House companion bill, HB 259. 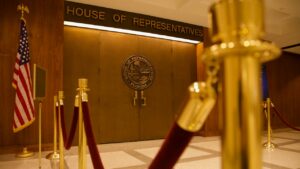 HB 259 has been assigned to the House House Criminal Justice & Public Safety Subcommittee and will be heard on Feb. 10 at 3:30pm.

What does this mean? It means that this bill will take its first step to be voted on. Since HB 259 is the House companion bill to SB 498, the public is allowed to comment and show their support for this bill.

That means GOA members like you can voice your approval at the hearing!

As the State Director, I will be there to speak in support of this bill and to outright demand that gun free zones be repealed. But GOA is stronger when its members show up and firmly speak together in support of liberty and freedom. 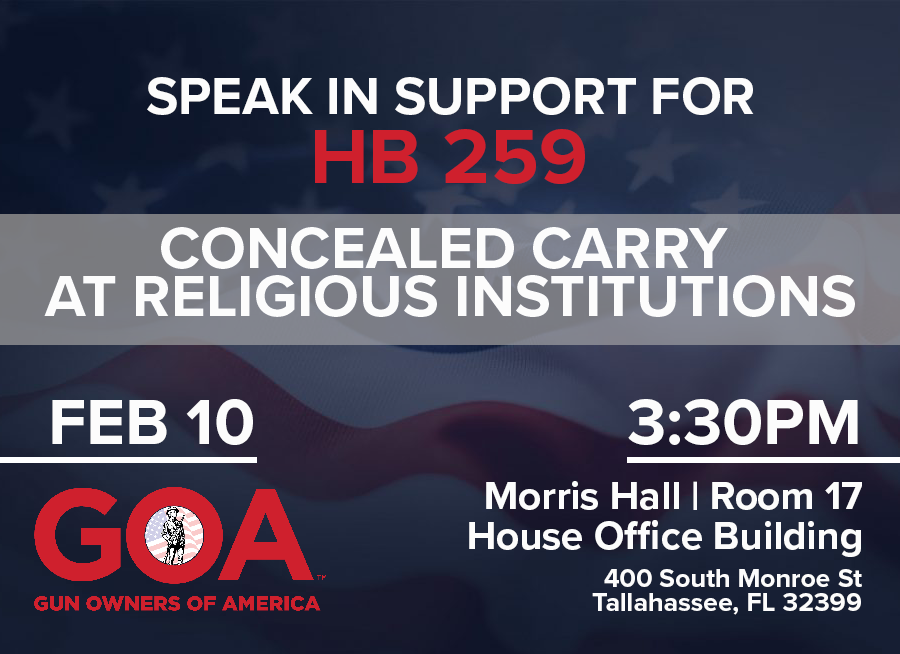 As a Second Amendment Activist, here is what you need to do!

Show up on Feb. 10, 2021 and complete a Committee Appearance Form. Without this, you cannot speak before the committee.

You must arrive at the State Capitol early. With the way the House functions, being early is on time and being on time is late. Why? Because if you don’t turn in your Committee Appearance Form prior to the start of the hearing, you will not be allowed to speak.

Time is always rationed to speakers, so have a concise and orderly plan of action. Have your speaking points organized and ready to go. Remember, be polite but firm on your stance.

Here are some suggested talking points:

Due to space will be limited, the hearing will be at in Morris Hall, Room 17 of the House Office Building of the State Capitol. The address for the State Capitol is 400 South Monroe Street, Tallahassee, FL 32399.

Parking at the Capitol is always limited. The best parking is at the R.A. Gray Building (Florida History Museum) which is one block west of the State Capitol. 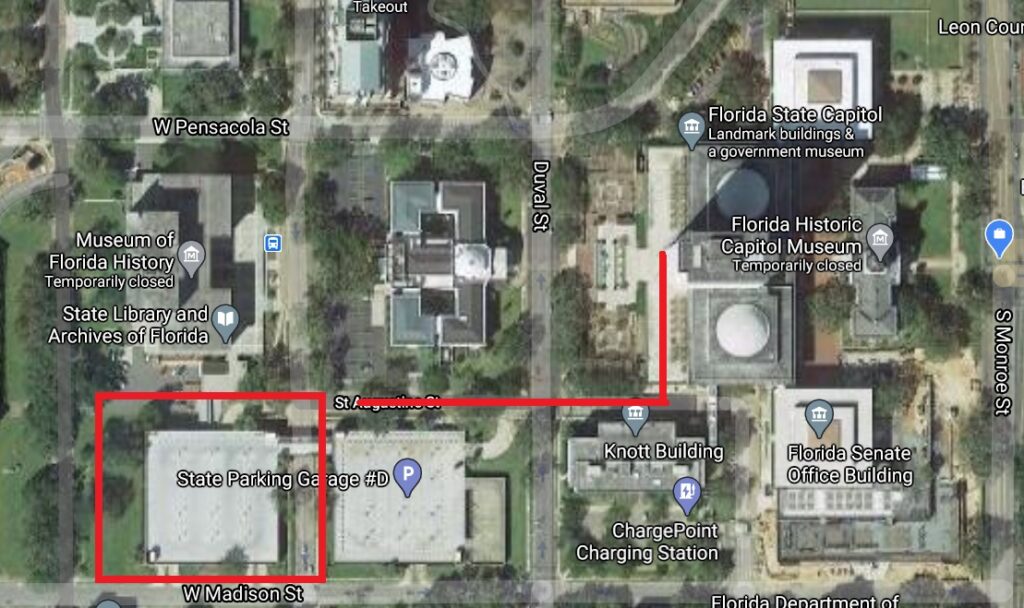 GOA has pledged and sworn to defend the Constitution, but we can’t do it without you. We are simply a tool to amplify your voice in Tallahassee.

Click here to send a pre-written email to the House Criminal Justice & Public Safety Subcommittee that urges them to vote in favor of HB 259.