Legislation aimed at improving background checks for gun buyers may be included in a must-pass spending bill that Congress is expected to approve tomorrow or Friday. The bill, which would encourage data sharing with the FBI’s National Instant Criminal Background Check System (NICS), has faced a surprising amount of resistance for a measure that has broad support among Republicans as well as Democrats and even has the backing of the National Rifle Association.

Some of the resistance to the bill, known as the Fix NICS Act of 2017, is tactical. Democrats, perceiving an opportunity to enact broader gun control following last month’s mass shooting at a Florida high school, worry that if Fix NICS passes by itself, Congress will do nothing more. But there are also substantive concerns about Fix NICS that have been raised by supporters of gun rights, who rightly worry that it will help block firearm sales to people who pose no threat to others. 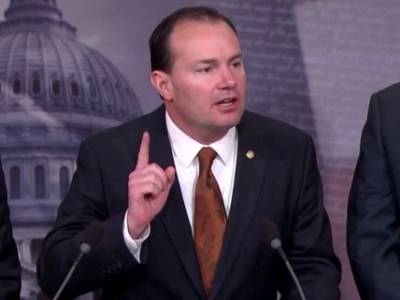 Sen. John Cornyn (R-Texas) introduced Fix NICS last November in response to the mass shooting that killed 26 people at a church in Sutherland Springs, Texas. The perpetrator of that attack, Devin Kelley, had been convicted by a general court martial of assaulting his wife and stepson while serving in the Air Force, which disqualified him from owning guns under federal law. That record should have prevented Kelley from passing a background check when he bought the rifle he used in the attack, but the Air Force failed to share the information with NICS.

Cornyn’s bill aims to prevent that sort of screw-up by requiring federal agencies to certify twice a year whether they are sharing “all relevant records” with NICS and submit plans for improving compliance. Agencies that fail to follow through on their plans would be ineligible for bonus pay. Fix NICS also would encourage sharing of local and state records, which the federal government cannot directly mandate without running afoul of the 10th Amendment, by giving agencies that demonstrate “substantial compliance” preference for Bureau of Justice Assistance grants.

Fix NICS, which Donald Trump supports and the House approved in December as part of a bill that also would make each state’s concealed-carry permits valid throughout the country, has 76 cosponsors in the Senate, including 32 Republicans. Sen. Mike Lee (R-Utah), who has due-process objections to the bill, is not one of them.

Lee argues that the Department of Veterans Affairs wrongly identifies veterans as “mental defectives,” which disqualifies them from gun ownership, when they need help managing their benefits. In a March 18 Townhall essay co-authored by Mark Geist, Lee says about 168,000 veterans have lost their Second Amendment rights as a result of that policy. “Our veterans should not have to worry that their civil rights will be violated if they seek help from the very federal agency that was designed to help them,” Lee and Geist write. Lee favors an amendment “requiring a judge to determine that a person is a danger to [himself] or others, or meets similar criteria, before being labeled a ‘mental defective.'”

Gun Owners of America shares Lee’s concern and raises another objection to Fix NICS. The group notes that current law requires the attorney general to “immediately” correct mistakes when he learns that people have been erroneously included in the NICS database. Fix NICS would give the attorney general 60 days to act, the GOA says, and there are no consequences if he fails to do so.