Technically, the half-dozen gun control laws signed by Gov. Ralph Northam don’t take effect in Virginia until July 1st, but the legal challenges to the new laws are now officially underway. A new lawsuit filed by the Virginia Citizens Defense League and Gun Owners of America on behalf of takes on the state’s new law restricting handgun purchases to one-per-month, unless the purchaser possesses a valid Virginia Concealed Handgun License or falls under several other exemptions. 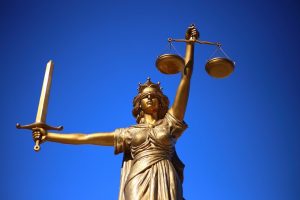 The suit, filed in Goochland County Circuit Court, seeks an immediate injunction blocking the gun rationing scheme from taking effect while the legal issues are considered by the court. It also seeks a permanent injunction that would enjoin the law from being enforced as a violation of the constitutional rights of Virginia residents.

Interestingly, the brief filed on behalf of plaintiff Valerie Trojan, Brothers N Arms gun shop, the VCDL, and GOA argues that few courts have ever substantively dealt with the issue of gun rationing, though at least one federal court of appeals struck down a one-gun-per-month law passed by Washington, D.C. officials. The D.C. Circuit Court of Appeals found that the District’s gun rationing scheme wasn’t backed up by any “plausible rationale” for the law…

The suit argues that the new gun rationing law violates the rights of Virginia gun owners under Article 1, Section 13 of the state constitution, which states in part: “That a well regulated militia, composed of the body of the people, trained to arms, is the proper, natural, and safe defense of a free state, therefore, the right of the people to keep and bear arms shall not be infringed.” While attorneys say in their initial filing that they also believe the new law violates the Second Amendment to the U.S. Constitution, the current challenge is based solely on state, not federal, law.

In a statement, GOA’s Erich Pratt noted several objections with the one-gun-a-month law, starting with the fact that Virginia’s violent crime rate remains one of the lowest in the country. Is there really a need for this kind of gun control law, particularly given concerns over how the law would be enforced?