As the coronavirus pandemic spread across the United States this week, Republicans in Texas and Mississippi sought to further limit abortion access and New Jersey’s Democratic governor refused to declare gun shops an essential service that would stay open. 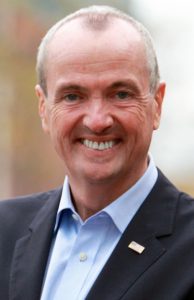 Welcome to America’s culture wars in the age of the coronavirus.

As states scramble to slow the spread of the sometimes fatal respiratory disease by closing schools and businesses and directing more than half the nation’s population to stay home, some governors’ actions have lined up neatly with their parties’ national priorities on hot-button issues.

Alarmed about a potential curbing of constitutional rights, activists on both sides filed legal challenges to the moves…

At least two lawsuits have been filed by gun rights activists who say that the right to bear arms under the Second Amendment to the U.S. Constitution would be violated if gun stores are required to close down as part of state emergency orders.

Gun Owners of America, which calls itself a “no compromise” gun lobby group, warned in a letter to the FBI of mounting problems with the background check system, especially if states that conduct background checks shutter their offices.

“The Second Amendment cannot simply be put on hold because of COVID-19,” the group said, referring to the disease caused by the coronavirus.

Pennsylvania Democratic Governor Tom Wolf allowed gun stores to reopen on a limited basis after an emergency legal challenge there reached the state Supreme Court amid confusion over which businesses were required to close.