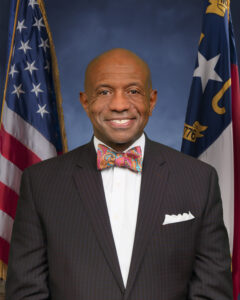 Grass Roots North Carolina (GRNC) and Gun Owners of America (GOA) are the main plaintiffs in the lawsuit, which seeks a preliminary injunction against McFadden. The complaint lists three individual plaintiffs who are residents of Mecklenburg County. Rights Watch International (“RWI”), located in North Carolina; and Gun Owners Foundation (“GOF”), located in Virginia, are also listed in the suit…

The suit alleges that McFadden’s office was taking up to six months to schedule appointments for permits and up to an additional six months to process permit applications.

“Defendant McFadden’s custom, policy, and practice of refusing to timely issue pistol purchase permits and concealed handgun permits violates Article I, Section 30 of the North Carolina Constitution because the Sheriff’s actions infringe on the right ‘of the people’ to keep and bear arms, rights that ‘shall not be infringed,’” the lawsuit reads.

In short, the lawsuit is asking the court to compel McFadden to issue or deny pistol purchase permits and concealed handgun permits within the time frames prescribed by state law.