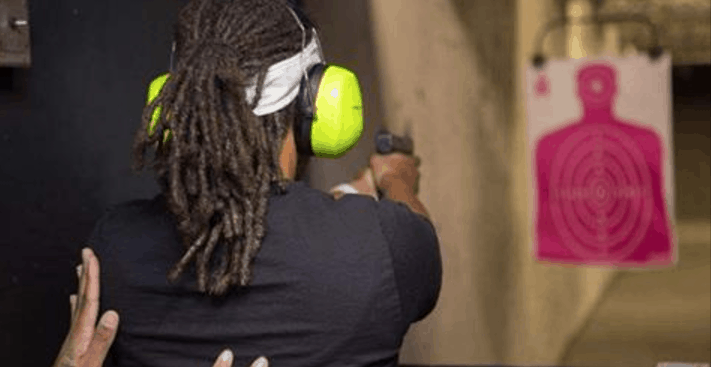 A recent article at The Root breathlessly reported on a study that revealed skyrocketing gun ownership and concealed carry permits among black women.

The report from the Crime Prevention Research Center discovered that from 2000-2015 the rate of growth for concealed carry permits among black women was 3.81 times faster than that of white females.

Politically speaking black women aren’t traditionally associated with gun rights but the author shouldn’t have been so surprised. They are out there and I should know. I’m black, female and I own a gun.  I’d own a concealed carry permit too if I didn’t live in the People’s Republic of Californiastan.

My own intellectual shift happened when I was just a young mother, living with my husband and two small children in the middle of a midwestern ghetto that I will decline to name. It doesn’t matter. The point is that we lived in a place where gang activity and poverty were rampant and law enforcement was sparse. I always swore I would never keep allow a weapon in my home…how barbaric!

But then my husband left for a job that took him from us for four months. As I helped pack him for his departure I looked around our home with multiple entrances, huge windows and giant vulnerabilities. We had been having a rash of violent, gang-related home invasions on our block.

“I think I need a gun.” I said, shocked to hear the words out loud.

And so I got a gun and I learned how to use it. The first night of training class our instructor, Deb – a stereotypical and proud redneck woman with a mullet and dressed entirely in denim- asked each of us to explain why we were there. I timidly told her I didn’t want to be there, that I didn’t like guns and that I felt like a hypocrite for being there. She told me, “Honey, you’re mother and considering where you live you’d be a fool not to give yourself every advantage to protect your children. That’s what mothers do.”

That’s why Lott’s report doesn’t surprise me in the least. Like me, many black women around the country are discovering that a weapon is the great equalizer. With low marriage rates, high incarceration rates for black men, and an epidemic of single-parenthood black women are often left as the head of their household and they’re tired of being afraid. When it comes to our children nothing is off the table.