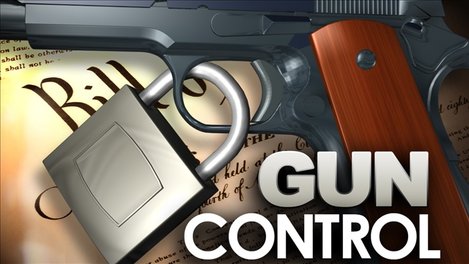 “The [anti-gun] study ignores the fact that there are very real cases where waiting periods have actually facilitated homicide,” said Erich Pratt, executive director of the rights organization Gun Owners of America.

Over 33,000 people in the United States die each year from firearm injuries, according to the most recent data from the Centers for Disease Control and Prevention. However, delaying the purchase of guns by a couple of days could save nearly 1,700 lives a year, according to a study released Monday….

[But] not everyone is convinced. “The study ignores the fact that there are very real cases where waiting periods have actually facilitated homicide,” said Erich Pratt, executive director of the rights organization Gun Owners of America.

He cited the case of Carol Bowne, a resident of New Jersey who lost her life in 2015 while waiting several weeks during a gun screening process. The gun was supposed to protect her from the man who killed her with a knife, Pratt said.

Editor’s Note. GOA’s Erich Pratt made the additional points below to CNN:

The study on waiting period commits the ultimate fallacy which is so typical for studies of this ilk.

The study claims that waiting periods will reduce gun homicides — but in doing so, the authors assume there were no other policy initiatives which could have contributed to the decline in murder rates.

But in fact, the mid-1990s were a time when many states were implementing various “tough on crime” proposals — like “Broken Windows” policing and mandatory minimums, which took repeat offenders off the street.

Not only that, murder rates were rising during the latter part of the 1980s — at a time when (even according to this study) the number of states adopting waiting periods was also on the rise!

So which is it: Do waiting periods help reduce homicide rates or do they contribute to them?

To this latter point, the study ignores the fact that there are very real cases where waiting periods have actually facilitated homicide.

Such was the case of Carol Bowne of New Jersey who tried to get a gun for protection but who was forced to wait several weeks during the screening process. Sadly, Carol never obtained her firearm because she was stabbed to death by the man she wanted to defend herself against.

Carol suffered through a waiting period, and ultimately, there was no “gun homicide.”  But that was no benefit to Carol Bowne, who was murdered by an evil man with a knife.

Waiting periods especially impact women who fear for their lives and who need to immediately obtain a firearm for protection.

And based on figures published by the CDC, firearms are actually a net positive for Americans, as guns are used 16-100 times more often to save life than to take life.

The study also claims that waiting periods on firearms will reduce the number of suicides.  But Japan, with its draconian gun control laws, should belie that claim.  Japan has a higher suicide rate than does the United States — even though nearly 100% of their suicides are committed without firearms.