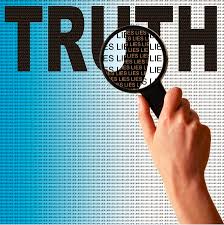 Did you know that background checks for guns have been rescinded? And that Congress is prepared to relax rules allowing “guns for the mentally incompetent”?

If you only read mainstream media headlines, that’s the message.

The sad things is, there is no pretense here.  The media has unapologetically embraced an “anything goes, baby – so long as you can get away with it” mentality.

NPR charged that the vote to repeal the gun ban was “a vote to overturn Obama rule restricting gun sales to the severely mentally ill.” Wrong.

And Bloomberg reported that House Republicans’ vote to repeal the Social Security gun ban is equivalent to a vote for “guns for the mentally incompetent.” Wrong.

Under President Obama, the Social Security Administration was directed to provide the National Instant Criminal Background Check System with a list of SSI recipients (those eligible and receiving SSI insurance) who, among other things, need help with their finances.  The list also included those determined to be “mentally ill.” Such disorders of “mental illness” covered conditions which range from the severe (hallucinations) to the mild (sleep or appetite disturbances).  Any “adjudication” procedure would not include an individual’s predisposition of violence, and would be handled by faceless bureaucrats who have limited information and provide zero means of due process.

It’s always a bad thing to strip an individual of a Constitutional right, but to do it with no due process is a violation of all things good and decent, not to mention the very values our country was founded upon.

The mainstream media has an obvious ax to grind and they have been working it hard since November’s election, and if an exaggeration or lie by omission or otherwise is going to get heads to nod their way, then they are going to do it.  The end may justify their means but how does that square with Americans’ mistrust and lack of confidence in the mass media “to report the news fully, accurately and fairly”?  According to Gallup, it’s in the historical toilet since they’ve begun polling, with just 32% saying they trust the media.

Let’s be real – we must take the mainstream media with a grain of salt.  Otherwise, we would all believe the New York Times report that President Trump has spent much of his 18 days in office watching TV in his bathrobe.