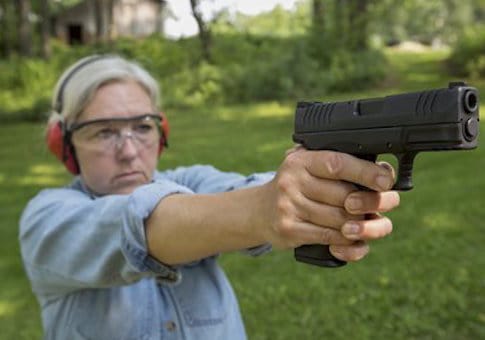 EVANSVILLE, IN (WFIE) – An Evansville woman was asleep when someone began kicking in the door. The noise woke her up so she immediately grabbed some protection, her gun.

The 76-year-old woman says she saw a man without a shirt on attempting to enter her home. She warned him she had a gun and wasn’t afraid to shoot. She proved just that by shooting a warning shot in the grass, and police say she had that right.

“She’s in her upper 70s, and she has every right to defend herself. That’s her castle and in Indiana, the castle doctrine is in effect,” Sgt. Jason Cullum said.

Police say her alarm company alerted them of the break-in. She said she wasn’t trying to shoot the intruder, just send a message to never come back again. He was gone when police arrived.

And the Next Constitutional Carry State is … Louisiana?