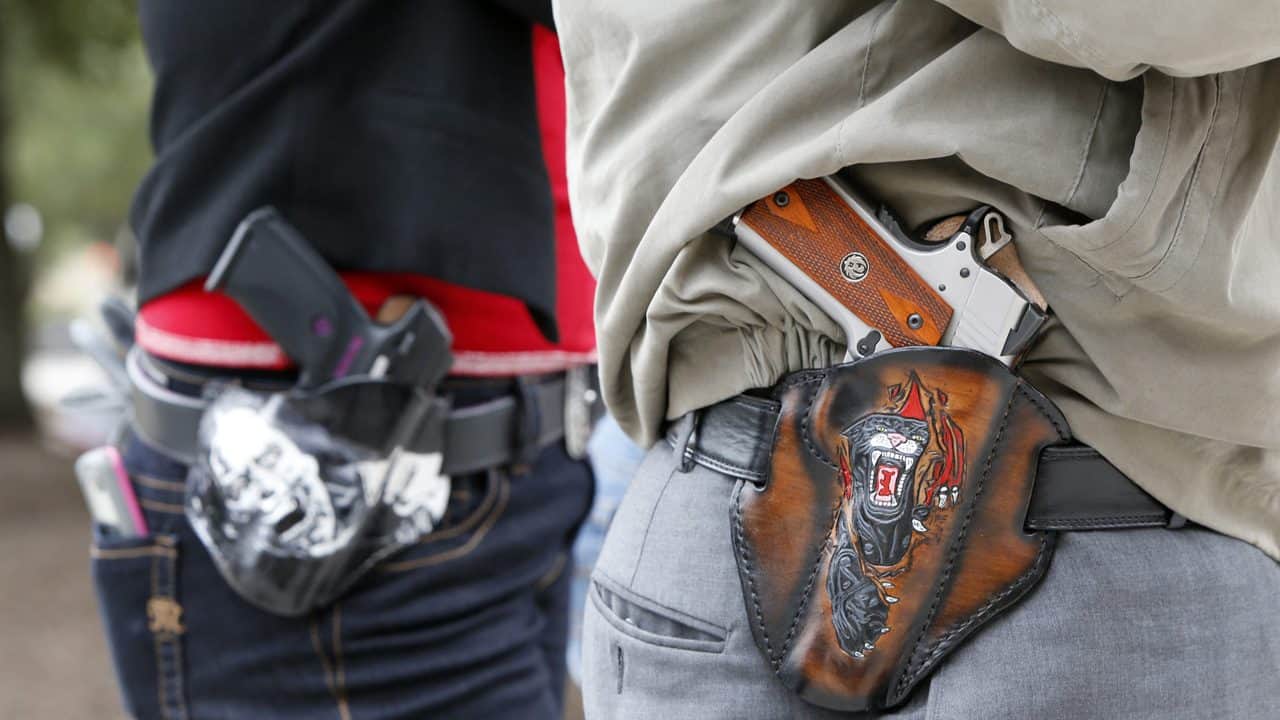 The violent protests in Charlottesville, Virginia, have brought about one issue: Should guns be allowed at rallies and protests?

Images of people openly carrying firearms — on both sides of the political aisle — have some asking whether or not open carry laws are dangerous and could incite violence at political rallies.

The Los Angeles Times on Wednesday published an editorial calling for a ban on protesters carrying firearms. According to the Times’ editorial board, having firearms during a protest creates a potential for “provocative situations” to become much worse.

The inconsistency behind the argument

“We’ve already seen violence, even death, at these rallies,” the editorial said.

Heather Heyer, the one person who was killed in Charlottesville, wasn’t shot to death. She was run over by a car. So why are gun control advocates calling for stricter gun control laws that keep people from openly carrying their firearm? More importantly, why are they attempting to connect Charlottesville to gun laws?

According to Jordan Stein, Gun Owners of America’s director of communications, the call to ban firearms at protests is ironic.

“While many were armed at the Charlottesville protest, a gun was not used to take life. Instead, an evil doer used a car to tragically kill a participant, but ironically, there have been no calls to ban muscle cars,” Stein told TheBlaze.

It’s about the image

According to the L.A. Times, “paramilitary militias — men heavily armed with military-style weapons and in some cases battle gear — appeared as part of the ‘Unite the Right’ rally.”

The left is quick to paint all open carriers the same: as middle-aged white men who are heavily strapped. This argument fails to take into account the number of women and African-Americans who are also law-abiding gun owners. In fact, women are among the fastest-growing segment of new gun owners.

The image the media is attempting to portray plays into their notion that every gun owner has an arsenal of weapons that they’re waiting to unload. The reality couldn’t be further from the truth.

“Free speech and bearing arms are the foundations of American liberty, and these rights should not be pinned against each other,” Stein told TheBlaze. “An honest American should not be punished for simply exercising the First and Second Amendments at the same time.”