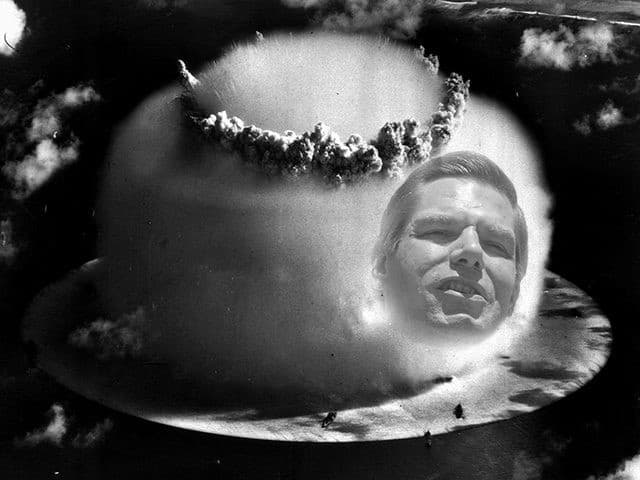 The exchange began with conservative Twitter commentator Joe Biggs responding to a story on Swalwell’s Thursday op-ed in USA Today, titled “Ban assault weapons, buy them back, go after resisters.” “@RepSwalwell wants a war,” Biggs wrote. “Because that’s what you would get.”

Swalwell responded by noting the government’s nuclear arsenal, writing: “And it would be a short war my friend. The government has nukes. Too many of them. But they’re legit. I’m sure if we talked we could find common ground to protect our families and communities.”

The Constitutional Risk Trump is Taking with the Bump Stock Ban