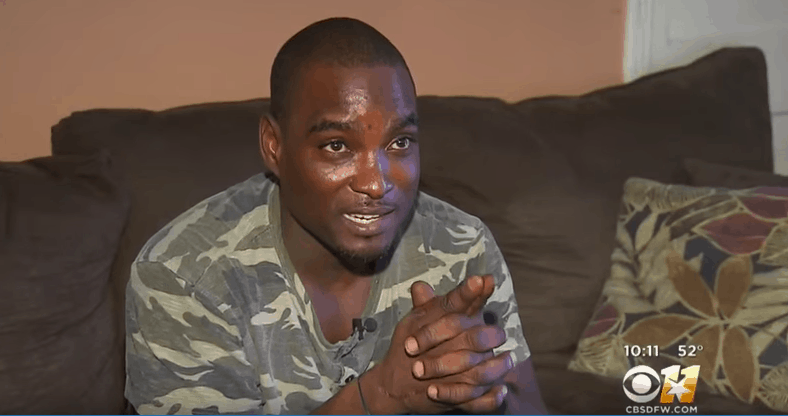 Early Saturday morning, around 4:30 am, as Terry Morgan was asleep at his home in the Dallas neighborhood of Oak Cliff, he was awoken to noises coming from his front door.

Morgan took a look at his home surveillance system monitor and saw two men on his front porch, one was armed with a rifle and the other was trying to get the door open with a crowbar.

Thinking quickly, Morgan grabbed his shotgun and laid down on his living room floor, waiting for the robbers to step inside.

“I just wanted to make sure when he got the door in that I got the first shot out,” Morgan said.

He waited but the door never opened. The suspects moved out of the range of the camera to the side of the house.