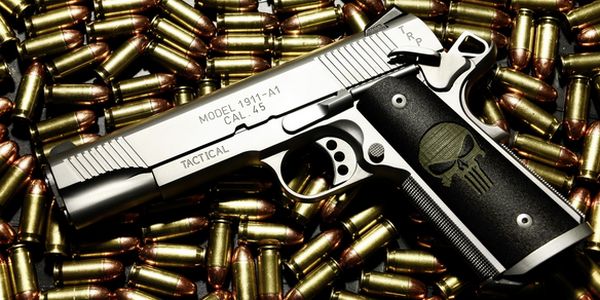 A couple of months ago, Czech President Milos Zeman made an unusual request: He urged citizens to arm themselves against a possible “super-Holocaust” carried out by Muslim terrorists.

Never mind that there are fewer than 4,000 Muslims in this country of 10 million people — gun purchases spiked. One shop owner in East Bohemia, a region in the northern center of the Czech Republic, told a local paper that people were scared of a “wave of Islamists.”

Now the country’s interior ministry is pushing a constitutional change that would let citizens use guns against terrorists. Proponents say this could save lives if an attack occurs and police are delayed or unable to make their way to the scene. To become law, Parliament must approve the proposal; they’ll vote in the coming months.

The Czech Republic already has some of the most lenient gun policies in Europe. It’s home to about 800,000 registered firearms and 300,000 people with gun licenses. Obtaining a weapon is relatively easy: Residents must be 21, pass a gun knowledge check and have no criminal record. By law, Czechs can use their weapons to protect their property or when in danger, although they need to prove they faced a real threat.

This puts the country at odds with much of Europe, which has long supported much more stringent gun-control measures.  In the wake of the 2015 terror attacks in Paris, France pushed the European Union to enact even tougher policies. The European Commission’s initial proposal called for a complete ban on the sale of weapons like Kalashnikovs or AR-15s that are intended primarily for military use. Ammunition magazines would be limited to 20 rounds or less.

The Czech Republic came out hard against the directive. Officials warned — somewhat ominously — that the measure would limit the country’s ability to build “an internal security system” and make it nearly impossible to train army reservists. And a total ban on military-style rifles that can fire large numbers of rounds would make illegal thousands of weapons already owned by Czech citizens, potentially creating a black market for terrorists to exploit. Finland and Germany offered their own reservations; Europe’s pro-gun groups also mobilized against the bill with the support of politicians on the extreme right.