Cue The Fireworks: 18 To 20-Year-Olds In This State Can Carry Concealed (And Without A Permit!)

Over the last few weeks, a contentious debate has taken place in Idaho over whether or not 18 to 20-year-olds should be allowed to carry concealed. In the Gem State, Constitutional Carry is legal, meaning anyone over 21 is legally allowed to carry a firearm, both open and concealed, without a permit.

Although someone has to be 21-years-old to purchase a handgun from a federal firearms licensee (FFL) – a gun store – a person between 18 and 20 can legally own one through a private party transfer (PPT). The way the 2016 Constitutional Carry bill as written made it to where only those 21 and over could legally carry a handgun in city limits. In urban areas however, those 18 and over could carry. If someone between 18 and 20 wanted to carry they had to receive a special government permit. 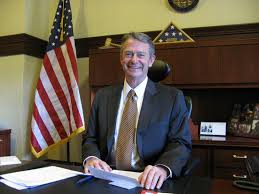 Gov. Brad Little (R) signed the bill into law last week, effectively lowering the age a person can legally carry throughout the entire state. Those who backed the bill said this was a way of aligning gun laws in urban areas with those of rural areas, the Associated Press reported. It was also a way of protecting gun owners from accidentally breaking the law when they traveled across county and city limits.

“We are very pleased to see Idaho expand permitless carry to its 18-20-year old adults, so they can Constitutionally-conceal carry throughout all of Idaho,” GOA Executive Director Erich Pratt said. “This legislation simplifies Idaho’s carry laws and expands freedom to all adults in the Gem State.”

Will Ohio be the 18th Constitutional Carry State?