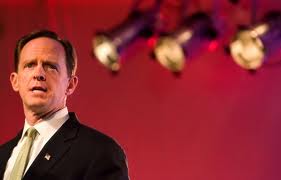 The following addresses the top ten problems that Gun Owners of America has with the Toomey-Schumer-Manchin draft.

(1)  First of all, it’s pretty clear by now that the goal of Obama and Schumer is, in the words of the Brady Campaign, to put “points on the board” so they can maintain their momentum for more gun control demands.  Mark Glaze of Mayors Against Illegal Guns said on MSNBC that they would be back with new demands “the day after” background checks are signed into law. So, now that we are on the verge of winning, why, in heaven’s name, would Pat Toomey try to snatch defeat out of the jaws of victory, hand a “win” to Barack Obama so he can credibly say he “broke the back of the gun lobby,” invigorate fundraising for anti-gun groups in 2014, let red state Democrats who are up in 2014 off the hook, and create a platform for unending gun control demands that will resume the day his bill is signed into law?

(2)  SECTION 102, Finding 3:  “Congress believes the Department of Justice should prosecute violations of background check requirements to the maximum extent of the law.”

COMMENT:  You understand that 18 U.S.C. 922(d)(3) and (g)(3) make a person a prohibited person if they are “an unlawful user of or addicted to any controlled substance,” right?  And you understand this would subject every gun owner who smokes marijuana (medical or otherwise) to a ten-year prison sentence (under 18 U.S.C. 924(a)(2)), right?  And you understand that records of medical marijuana use, drug diversion programs, etc., are in the possession of many state governments and are, technically, required to be turned over to the FBI under the NICS Improvement Act of 2007, right?  So are you still so enthusiastic about throwing 20,000,000 gun owners in prison for ten years for smoking pot — not to mention the thousands upon thousands of military veterans who have also been thrown into the NICS system without any due process whatsoever?

COMMENT:  This section pretty well gives Eric Holder unfettered discretion to demand any information from the states which he, in his unilateral discretion, chooses to demand.  And he would do this, not by threatening to take away funds under this act, but by threatening to withhold already-existing 505 funds.  For anyone who thinks this is innocuous, consider this:  Under section 922(g)(3)’s prohibition of guns for any “user of … any controlled substance,” the AG could demand medical marijuana records, diversion records, and arrest records.  Under 922(g)(4), he could demand Medicaid, Medicare, and IDEA records of persons with PTSD, ADHD, and post partem depression.

COMMENT:  There are already a lot of “relief from disabilities” programs in the NICS Improvement Act of 2007, because GOA insisted on it.  The problem is that most veterans cannot afford the $30,000 in attorneys’ fees it takes to pursue these remedies in some places.  Every week, we hear from veterans who have lost rights WITHOUT DUE PROCESS under the NICS Act of 2007, and don’t have the $30,000 necessary to get those rights back.  Perhaps someone should ask Chuck Schumer to remove his amendment which continuously defunds the more expansive program under McClure-Volkmer whereby a prohibited person can petition ATF for relief from disabilities.  But, again, the problem is not that veterans can’t get their rights back if they have $30,000 to spend; the problem is that their rights were taken away in the first place without any court order or other due process.

(5) SECTION 117:  “Information collected under section 102(c)(3) of the NICS Improvement Amendments Act of 2007 (18 U.S.C. 922 note) to assist the Attorney General in enforcing [prohibited persons provisions of Chapter 44] shall not be subject to the regulations promulgated under … [HIPAA]…”

COMMENT:  Section 102(c)(3) of the NICS 2007 statute provides that the “State SHALL make available to [NICS] the name and other relevant identifying information of persons adjudicated as a mental defective or those committed to a mental institution.”  [Emphasis added]  But, under the 2007 statute, “adjudicated as a mental defective” was redefined to include an individual who was found, in connection with a government program, to represent “a danger [however miniscule] to himself or others” or a person who is “unable to manage his own affairs…”  (The “however miniscule” embellishment was added by an ATF interpretive letter issued under Bill Clinton.)  Furthermore, under the 2007 statute, these determinations do not have to be made by a court, magistrate, or even an executive branch administrative court, but, rather, may be made by a government-affiliated psychiatrist who, in the case of the Department of Veterans Affairs, almost always accomplishes this by appointing a fiduciary over the veteran’s financial affairs.  Note also that the psychiatrist is almost never a government employee, but rather a doctor who provides the diagnosis in connection with a government-financed program.  In addition to Medicare, Medicaid, IDEA (in relation to which 15% of high school boys have now been diagnosed with ADHD, and recent articles have suggested that that diagnosis never evaporates, even as they get older), the DVA, the armed services, social security disability, a very substantial amount of private health care will be funded, in whole or in part, or regulated by the federal government under ObamaCare.  Thus, since the HIPAA privacy regulations are being waived by Toomey-Schumer-Manchin, it’s probably not much of an overstatement to say that, under Toomey-Schumer-Manchin, “see a shrink; lose your guns.”

COMMENT:  No one should assume this requirement applies only to Amazon-type sales on Armslist.  If you ever talked about the gun on the Internet, you have arguably lost your right to make a private firearm transfer.  You have certainly done so if you put an ad in the church bulletin and it were distributed to shut-in parishioners over the Internet.  The bottom line:  Unless the buyer approaches the seller face to face and conducts the sale in cash on the spot, you can assume it’s covered.

(7) SECTION 122(a):  “(4)(A)  Notwithstanding any other provision of this
chapter, … the Attorney General may implement this subsection with regulations.”

COMMENT:  The “chapter” referred to is Chapter 44.  So this means that any limitations on federal action built into federal gun law by McClure-Volkmer or any other pro-gun legislation automatically disappear as impediments to Eric Holder in implementing the massively expanded background checks. Incidentally, the provisions in “this chapter” he can ignore could include the prohibitions on demanding information from dealers and creating a national gun registry.

(8)  SECTION 122(c):  “The Attorney General shall be prohibited from seizing any records or other documents in the course of an inspection or examination…”

COMMENT:  First of all, if your private gun transaction is covered by Toomey-Schumer-Manchin (and virtually all will be), you will have a 4473, and, if you have a 4473, you can assume you will be part of a national gun registry.  Schumer’s staff, in drafting this section, might have benefited from talking with pro-gun advocates in connection with the real nature of the problem.  First of all, although taking a storeful of 4473’s to an ATF agent’s home is not unheard-of, the real problem is when ATF agents go into an FFL with a laptop and copy all of the information on the 4473’s.  This language would not stop that.  Second, whatever ATF thinks it’s compiling with the 4473’s it does not regard it as a “national gun registry,” even though we regard it as such.  I drafted the language in McClure-Volkmer prohibiting national gun registries.  I also drafted the first draft of the Smith/Tiarht amendment doing the same.  ATF does not regard itself as violating these.  Third, with respect to making unauthorized copying a crime, the person who will determine whether the Department of Justice is prosecuted is Attorney General Eric Holder (who, by the way, is the head of the Department of Justice).

COMMENT:  Half of the members (including the chairman) are appointed by Harry Reid, in consultation with Nancy Pelosi.  It is hard to imagine that this is anything other than a platform for continuing agitation for more gun control.

(b)  “The members [of the commission] shall include … individuals who have expertise, by both experience and training, in — (I) firearms…”

COMMENT:  Tacked onto a bill which ignores any remedy for violence except gun control, we now have a commission which has, as priority number one, guns.  We’ve seen this movie before.  Media efforts to exploit Newtown in order to achieve gun control will inexorably lead to more copycat shootings.  And, when they do, this commission will be there to serve as an engine for advocacy for anti-gun legislation.

(c)  “[The issues which the Commission shall study include] whether medical doctors and other mental health professionals have the ability, without negative legal or professional consequences, to notify law enforcement officials when a patient is a danger to himself or others…”

COMMENT:  It’s not a huge thing, compared with the other problems in the bill.  But it’s probably an indication of something that the draft looks not into whether turning in your patients to police or, possibly, the NICS system is ethical or ultimately efficacious, but, rather, whether it’s legal.

COMMENT:  Many of us don’t share the notion that harassing veterans and other potential gun owners for violating the inexplicable myriad of gun laws is a good thing.  I can say from having negotiated with the highest officials in ATF in 1984 that even ATF doesn’t understand our gun laws, and sending otherwise law-abiding citizens to prison for petty violations is not a good thing.

(f) [The issues which the Commission shall study include] the availability of information regarding the construction of weapons, including explosive devices, and any impact of such information on such incidents of mass violence…”

COMMENT:  Huh?  This “purpose” probably wins the prize for threatening the most constitutional rights in a single agenda item.

(g)  COMMENT:  For all of the Orwellian purposes of the commission, there is one which is noticeably absent:  The role of the broadcast media in generating copycat shootings through saturation coverage intended to serve as an engine for gun control.

(h)  COMMENT:  Also missing from the politically correct platitudes which will serve as the purpose for this commission is one factor which appears to have been present in many school shootings:  The removal of school discipline and replacement with a “mental health” system which turns perhaps 15% of high school boys into “Ritalin junkies.”

(10) COMMENT:  For the record, Adam Lanza stole the guns he used in Newtown.  James Holmes and Jared Loughner passed background checks. Given that the background check legislation — the centerpiece of Barack Obama’s efforts to declare “victory over the gun lobby” — would not address, in any way, the incidents which supposedly gave rise to it, exactly what is its purpose, other than to destroy the Republicans’ “ground game” and decimate the most significant remaining pillar of their coalition