A gun-rights organization is excited about the possibility that Colorado’s Democratic governor, John Hickenlooper, could be headed to defeat this November. 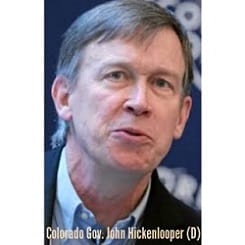 As a result of that unpopular decision, Hickenlooper is facing a tough reelection challenge from former Republican Congressman Bob Beauprez, who leads the current governor by ten points according to a recent Quinnipiac University poll. In a compilation of polls by RealClearPolitics, the race is a virtual dead heat.

Erich Pratt is a spokesman for Gun Owners of America. He believes voters in the Centennial State will prefer a candidate who shows greater respect for the Constitution.