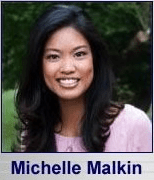 Welcome to Project Gunrunner. Prepare for another Justice Department whitewash.

First, some background. Like so many border programs run amok, Project Gunrunner was the spawn of Beltway bipartisanship. It was established in 2005 as a pilot project under the Bush administration and run by the Bureau of Alcohol, Tobacco, Firearms and Explosives. The intended goal of the program’s sting operations: stop illicit firearms trafficking along the Southwest border through close surveillance of undercover gun purchases and coordinated intervention with Mexico. The deadly result: federally sanctioned gunwalking of high-powered weapons from U.S. officials right into the hands of drug cartel killers.

By 2008, Project Gunrunner’s bureaucratic fiefdom had expanded rapidly along the U.S.-Mexico border and into the nine U.S. consulates in Mexico. The office raked in $2 million more through the little-scrutinized Merida Initiative, which Hispanic vote-pandering Republicans rammed through in a war supplemental bill. Despite warnings from the DOJ inspector general that tracking and assessment measures needed improvement, the payroll exploded from a few dozen to more than 200 by 2009. Under the Obama administration, ATF reaped another $21.9 million to expand Project Gunrunner (nearly half from the stimulus boondoggle), and the White House has requested almost $12 million more in fiscal year 2011 appropriations for the program.

Project Gunrunner’s reach and authority continues to grow despite dire, prolonged warnings from insiders and whistleblowers that countless monitored guns have been passed on to violent criminals without being intercepted as planned. Following up on leads first published at www.cleanupatf.org and the blogs of gun rights advocates David Codrea and Mike Vanderboegh, CBS News reported last month that Project Gunrunner “allegedly facilitated the delivery of thousands of guns into criminal hands.”

One of those guns was used by Mexican gang thugs who murdered U.S. Border Patrol Agent Brian Terry last December. At least six veteran ATF agents and executives stepped forward to expose how ATF presided over the purchase of hundreds of high-powered rifles and pistols — over the objection of the very private gun shops that the Obama administration’s anti-gun zealots have vilified.

One whistleblower familiar with Project Gunrunner’s Phoenix offshoot, dubbed “Operation Fast and Furious,” told CBS News: “The numbers are over 2,500 on that case by the way. That’s how many guns were sold — including some 50-calibers they let walk.” The weapon used in the Mexico slaying of U.S. Immigration and Customs Enforcement Special Agent Jaime Zapata has also been linked to Project Gunrunner surveillance operation subjects.

As investigative watchdog Republicans Sen. Charles Grassley and Rep. Darrell Issa step up pressure on the administration to come clean this week about who knew what and when, Obama denied any knowledge of Project Gunrunner on Spanish-language Univision TV. He blithely allowed that “there may be a situation here in which a serious mistake was made. If that’s the case, then we’ll find out and we’ll hold someone accountable.”

Coming from a man who appointed crime-coddling, accountability-evading, open-borders corruptocrat Eric Holder to uphold the law, that is a bloody, cruel joke.

Michelle Malkin is the author of “Culture of Corruption: Obama and his Team of Tax Cheats, Crooks & Cronies” (Regnery 2010)