‘Bring back some law and order:’ Pennsylvania bill would require gun locks with gun sales 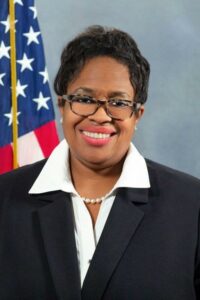 A proposed Pennsylvania gun restriction law is drawing criticism from defenders of the Second Amendment.

Rep. Darisha Parker, D-Philadelphia, proposed HB2435 that would require sales of long guns to include “a locking device to ensure safe storage of the firearm,” similar to current law that requires the same for handguns.

“It is vital that we protect the people of Pennsylvania by implementing better safe storage requirements. Safe firearm storage will reduce the prevalence of gun violence, as well as decrease theft and the trafficking of legally purchased firearms,” Parker said in a legislative memo.

“What I am proposing is to bring back some law and order,” Parker said.

She said she represents a part of Philadelphia “that has gotten extremely dangerous and it’s gotten out of control,” and explained the bill as an effort to improve public safety…

Critics, however, are unimpressed with the bill’s alleged benefits.

“It adds a cost and expense to the firearm,” said Val Finnell, the Pennsylvania director of Gun Owners of America. “There’s absolutely no way to enforce it. It’s unenforceable. The only way it could ever possibly be enforced is after the fact … trigger locks and all these things are symbolism over substance.”

Finnell also noted that selling a trigger lock does not mean the lock will be used. Some gun owners prefer to safely store firearms in other ways, such as in a locked gun safe…

More Legislative Victories Piling up Across the Country!