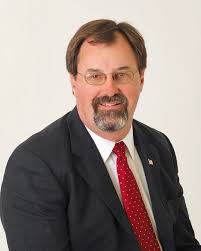 The measure, commissioners said, is symbolic.

But the commissioners in charge of the northeastern Pennsylvania county are also reviewing an ordinance that would prohibit their county from enforcing or providing money to enforce a broad range of gun restrictions.

That proposed ordinance, which so far has not been formally discussed at public meetings, is giving the commissioners pause.

“We’ve got to do a little more research,” said Commissioner Daryl Miller, a Republican who voted in favor of the sanctuary county resolution.

Commissioner Ed Bustin, a Democrat, opposed the sanctuary county resolution. He said the proposed ordinance is ambiguous and would open the county to potential lawsuits.

“I don’t think county level officials have the right to just say, ‘Sure, the state law says you can’t have that weapon. But I think you should have it. So I’m not going to enforce that law,’ ” Bustin said.

Bradford is a rural county on the New York border. It has a population of about 60,000. President Donald Trump won there with nearly 71 percent of the vote in 2016…

Val Finnell, Pennsylvania director of Gun Owners of America, is trying to convince county leaders across the state to adopt their own Second Amendment sanctuary laws.

But he said he wasn’t involved in the efforts to pass the resolution in Bradford County.

“That came by surprise,” Finnell said.

He noted that resolutions like Bradford’s aren’t binding. Instead, he recommends counties pass an ordinance that his organization drafted to carry more authority.

Finnell said, so far, people in 61 out of the state’s 67 counties are working on getting an ordinance passed. In Pike County, he said, supporters have collected more than 1,700 signatures in favor of such an ordinance.

No counties have passed such an ordinance yet.

Under the draft ordinance Finnell’s group provided, counties pledge not to “participate in any way in the enforcement of any Unlawful Act, as defined herein, regarding personal firearms, firearm accessories, or ammunition.” And counties would also pledge not to provide any funding that assists an “Unlawful Act.”

The draft ordinance provides seven examples of the type of gun restrictions that would be an “Unlawful Act,” including any taxes or fees that specifically target guns, any registration or tracking of guns or gun owners, and any restrictions on bump stocks.

A section of the draft ordinance that prohibits any “act ordering the confiscation of firearms, firearm accessories, or ammunition from citizens” is designed to prevent counties from enforcing extreme risk protection orders, Finnell said…