On Valentine’s Day, President Biden sent you a love letter: He’s coming for your guns. 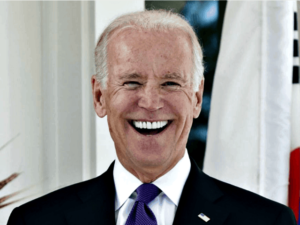 A Feb. 14 statement from the Biden White House called on Congress to extend background checks to “all” gun sales in the country — by definition including between friends or even family members.

Such universal tracking of firearm transfers creates the paper-trail necessary for a firearm registry, which in turn sets the stage for the gun confiscation explicitly endorsed during the 2020 Democratic presidential primaries.

Mr. Biden’s statement similarly called for banning so-called assault weapons, though this is an artificial category essentially denoting “scary-looking.” In fact, that’s exactly the point: In 1988, gun ban activist Josh Sugarman told other gun control groups, “The weapons’ menacing looks, coupled with the public’s confusion over fully automatic machine guns versus semi-automatic assault weapons — anything that looks like a machine gun is assumed to be a machine gun — can only increase the chance of public support for restrictions on these weapons.”

Finally, Mr. Biden’s statement called for holding gun manufacturers legally liable for the tiny fraction of firearm owners who do evil or even insane things with the constitutionally-protected products those companies produce. This is a transparent attempt to bankrupt the entire firearm industry, throwing it to the trial lawyer wolves.

Who is this valentine for? Mr. Biden tied his statement to the Parkland shooting, even though the shooter had been referred to an Obama-Biden program that kept him out of jail and helped him buy the “assault weapon” Mr. Biden decries. Specifically, the Obama-Biden PROMISE program to which he was referred aimed at keeping potential offenders out of prison as long as possible by repeatedly refusing to call the cops, as long as the trouble-makers — or in the shooter’s case, psychopaths — fit the administration’s favored ethnic characteristics.

No, as Mr. Biden’s inaugural speech made crystal clear, his administration is laser-sight focused on Trump supporters, whose Capitol protest Mr. Biden characterized as, “political extremism, white supremacy, domestic terrorism, that we must confront and we will defeat.”

Similarly, new Secretary of Defense and former U.S. Army Gen. Lloyd J. Austin, III has called for a military-wide “stand-down” to root out White supremacy and extremism. What does he consider “White supremacy?” According to an Army manual on the topic, so-called White supremacy includes celebrating Columbus Day; using the term “American exceptionalism;” any support for federal border security or English-only measures backed by more than 80% of Americans; “education funding from property taxes,” though every state in the Union funds education at least in part with property taxes; and saying “there’s only one human race.”  Which there is.

The reality is that we are the “internal enemies” America’s left is looking for, given that in its view “the Republican Party has proven itself to be a right-wing antiliberal party,” supporting the Capitol riot Democrats have idiotically deemed an “insurrection,” because “the Republican Party is now dominated by ideas and individuals who consider it acceptable to reject the legitimacy of democratic elections when they deliver a loss.”

Funny, I seem to recall that nearly half of Democrats rejected the legitimacy of the 2016 election when it delivered a loss.

Regardless, this would be far from the first time Democrats suggested conservatives – and law-abiding gun owners in particular — were a terror threat.  After a recent meeting with Mr. Biden, the president of Everytown for Gun Safety just charged that America had “armed extremists literally holding our democracy at gunpoint.” After Parkland, the San Francisco City Council smeared the National Rifle Association (NRA) as a “domestic terrorist organization.”

In fact, such a view was official Obama-Biden administration policy from the beginning, when Mr. Biden’s current Department of Homeland Security (DHS) secretary pick Alejandro Mayorkas was a director there. Within three months of taking power, the Obama-Biden DHS produced a report on “Rightwing Extremism,” which explicitly targeted America’s cherished veterans, pro-life Americans, and of course law-abiding gun owners, as “rightwing extremists.”

That report targeted Americans in “opposition to gun control efforts,” who have “perceived government infringement on civil liberties,” and who “stockpile food, ammunition, and weapons.” In it, the Obama-Biden DHS cited concerns over Americans’ “high volume of purchases and stockpiling of weapons and ammunition … in anticipation of restrictions and bans.” It explicitly red-flagged “heightened interest in legislation for tighter firearms restrictions” as something that “may be invigorating rightwing extremist activity.”

The Obama-Biden administration went so far as to fund flat-out falsehoods about the true causes of terrorism. Its Terrorism and Extremist Violence in the United States (TEVUS) database associates a towering 89% of extremist “Homicide” with “RightWing” ideologies, even though Islamic jihad strikes dominate the actual body count of terrorism for decades, according to a recent study by Americans for Intelligence Reform. TEVUS flatly excludes Antifa and Black Lives Matter (BLM), even though BLM activists and supporters have allegedly murdered at least 11 police officers alone.

Within 48 hours of taking power, the new Biden administration asked not only its DHS but the FBI and even the Office of the Director of National Intelligence (ODNI) to perform a comprehensive threat assessment of “domestic violent extremism.” What are the chances they’ll tackle Antifa and BLM?

My bet is zero. Mr. Biden’s valentine is headed straight for America’s law-abiding gun owners, conservatives, veterans — and you.

ND: Second Amendment Sanctuary Bill is Moving to the Senate!