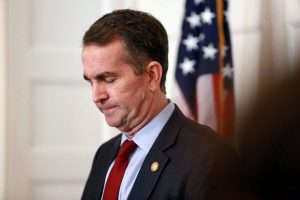 Gun Owners of America (GOA) is calling for a veto of SB 70, a Universal Background Check bill that has passed out of Virginia’s General Assembly.

This legislation will require nearly every firearm transfer be done through a federally licensed firearms dealer (FFL) and require a background registration check.

“Even though SB 70 passed the General Assembly and now awaits the Governor’s signature, we still oppose this unconstitutional bill, as well as, every initiative aimed at ending our inalienable Second Amendment-protected rights,” GOA Senior Vice President Erich Pratt said.

Pratt also pointed out the hypocrisy that, in this time of social distancing, this bill would require in-person meetings at an FFLs.

Pratt stated, “There is absolutely no evidence that these private party gun sales were making Virginia less safe.  Our right to self-defense and right to defend our liberty against the ever-encroaching government is spelled out in our Second Amendment.  It would be an undue burden, especially during these unusual times, to require such in-person gun sales among law-abiding private parties.”

GOA is urging all freedom-minded Virginians to contact the governor and their state representatives in opposition to this bill.