Democrats snuck gun control legislation into a reauthorization of the “Violence Against Women Act” as a ruthless way to get spineless Republicans to vote for it. 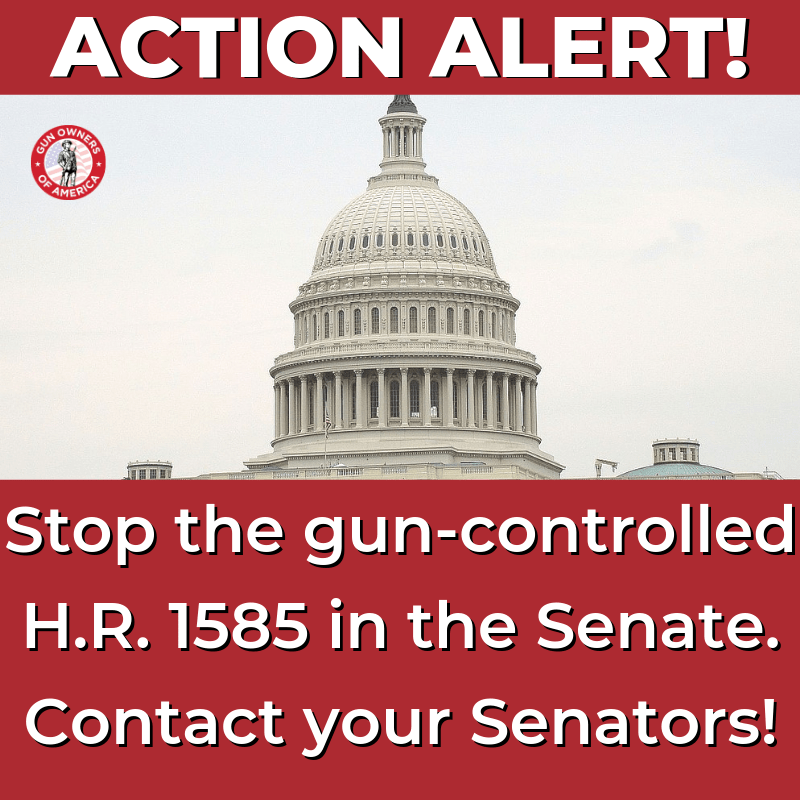 33 Republicans were too scared of being slandered as “enablers of violence against women” that they chose to vote for gun control that takes firearms OUT OF THE HANDS of vulnerable women.

These cowards chose to put false hysteria above a moral duty to defend our God-given rights.

Now this bill — H.R. 1585 — will go to the Senate. We can’t take ANY risks of spineless Republican Senators voting for it.

Please send an URGENT pre-written letter to both of your Senators telling them to grow a spine and vote against this deceptive, anti-2A bill that actually PREVENTS women from protecting themselves from violence.

In fact, the true enablers of violence against women are the ones who voted to stop women from being able to arm themselves.

As we’ve seen time and time again, the only thing that can stop a bad man with a gun is a good man — or woman — with a gun.

But of course, our politicians live in a world dominated by a sensationalist media that puts propaganda above the truth.

They only care about who makes the loudest noise and who gets the angriest. So it’s time for them to see how angry the American people will be if they sacrifice our God-given rights in order to hide from slanderous attacks by the media.

Please send an URGENT pre-written letter to both of your Senators telling them to grow a spine and vote against this deceptive bill that actually prevents women from protecting themselves from violence.

Join GOA at LSU this Thursday