At the same time Republicans on Capitol Hill are considering new gun control laws, a self-defense shooting in Georgia is the latest example of Americans being able to defend themselves, says a 2nd Amendment advocate. 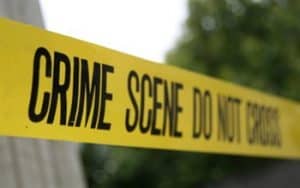 A homeowner in Rockdale County, responding to an attempted robbery, exchanged gunfire on Monday with three masked teens and fatally shot all three of them, USA Today and other media outlets reported this week...

Rockdale’s county sheriff told media the case appears to be a stand-your-ground situation based on evidence gathered at the scene. One of the robbers fired first and the property owner returned fire, witnesses said.

Mike Hammond, legislative counsel to Gun Owners of America, says there are approximately 1.5 million times a year in which a firearm is used to save lives.

“But interestingly,” he says, “of course the newspapers don’t report a whole lot about it.”…

Daily Caller reporter Amber Athey obtained a copy of the “idea sheet” that is circulating on Capitol Hill and reports Attorney General Bill Barr is warning GOP lawmakers to address the issue or risk energizing Democratic voters in 2020.

Hammond tells OneNewsNow his own family has experienced a violent act many years ago, when his brother woke up to find a drug-addicted intruder standing over him in bed.

“And had he not had a loaded gun in his nightstand,” Hammond warns, “he probably would have died in that incident.”