President Trump Needs to Hear From You

President Trump Needs to Hear from You on Suppressors

Urge President Trump Not to Cave on Guns

President Trump won the White House because he actually listened to Americans like you and me. 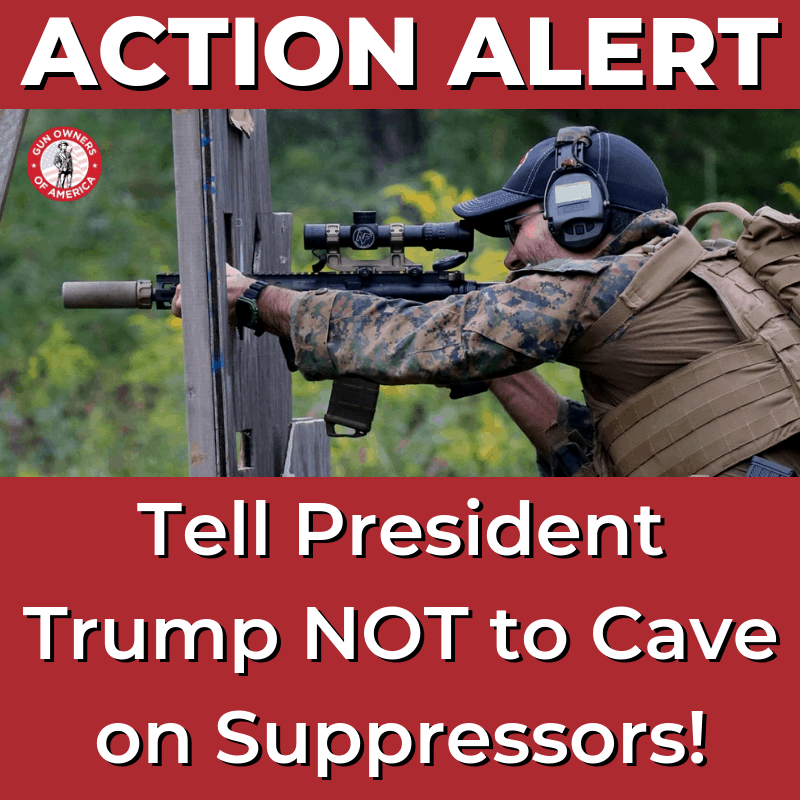 And right now, we need him to listen to us before he does something DRASTIC — again.

Following a report that the killer in the Virginia Beach shooting used a firearms suppressor,the President has been considering banning what the media calls “gun silencers.”

We need to warn him that if he bans suppressors, not only will he be waging war on the Second Amendment, he’ll be waging war against his own political base.

After all, because of the President’s actions, gun owners in Pennsylvania, Ohio, Iowa, Florida, and other must-win states may not show up to vote for him again in 2020.

While the swamp is trying to get to him, we need to guarantee our voices are the only ones he hears.

Please send our URGENT pre-written letter to President Trump (above) warning him not to ban firearm suppressors.

I want to be 100% clear — it would SICKEN me to see any of the 20 radical Democrats running for president in the Oval Office.

Joe Biden, Pete Buttigieg, Bernie Sanders, Kamala Harris, or Eric Swalwell — the man who threatened 2A supporters with nuclear attacks in a hypothetical government war — would all be a disaster.

But truth be told, I have met a lot of gun owners who are single-issue voters. They rightly understand that the Second Amendment is the teeth of our Constitution. When it falls, so too do the rest of our God-given rights.

With the Supreme Court declining to hear our suppressor case involving a veteran victimized by the federal government and anti-gun Nancy Pelosi in charge of Congress, we need Trump to stop compromising on our rights and stand for gun owners.

We need to get the President’s attention and convince him that by supporting the Second Amendment, he is not only upholding his oath of office, he’s also doing what’s in his best interests politically. But we need to convince him of this before he gives away more ground on our rights.

Please send our URGENT pre-written letter to President Trump (above) warning him not to ban firearm suppressors.