On Tuesday, Look at the Candidate Who Has “Walked the Walk”

As you know, there is an important presidential primary on Tuesday.

And in this race, there are two candidates who are trying to win support from the gun rights community.

But only one candidate really has a record of supporting the Second Amendment. 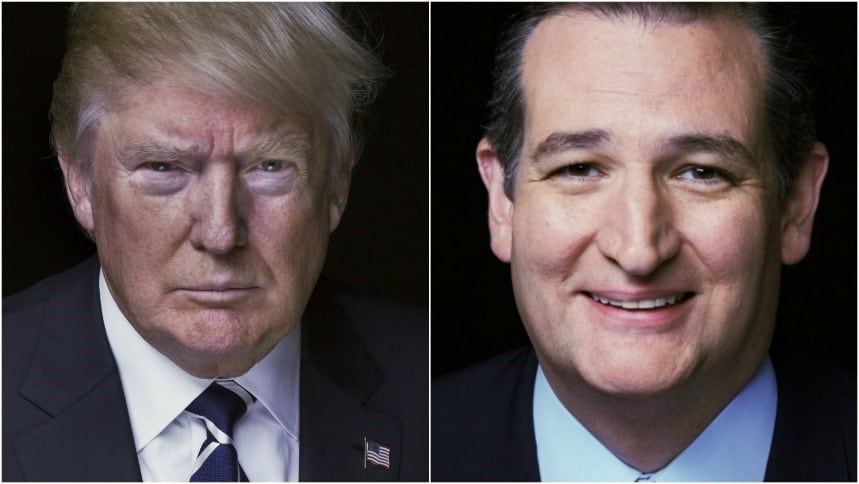 The same is true when it comes to selecting a president.

The best way to judge how a candidate will act in the future is to examine his past record.

So, consider Ted Cruz’s record in supporting and defending the Constitution.

As Solicitor General of Texas, he drafted the amicus brief in the famous Heller case that was signed by 31 state Attorney Generals.  This was the case where the Supreme Court conclusively stated that the Bill of Rights protects and individual right to keep and bear arms.

After being elected to the U.S. Senate, Cruz went toe-to-toe against anti-gun Sen. Dianne Feinstein in a committee hearing and embarrassed her — exposing her ignorance on the rights guaranteed by the Second Amendment.

Senator Cruz also helped lead the attack to defeat every gun control proposal offered in the U.S. Senate in 2013, when the President tried to use the Sandy Hook tragedy to implement a draconian gun control agenda.

Ted Cruz is not a recent convert to the pro-gun position.  He is solidly pro-gun — and is 100 percent pro-Constitution.

On issues related to the Second Amendment, we believe that Senator Ted Cruz has proven himself to be the solid choice for gun owners — and that he far surpasses Donald Trump’s record.

Yes, Trump sounds good on many issues that are important to gun owners — now.  But he has not always been with us.

For example, in 2000, Trump endorsed the semi-auto ban and a longer waiting period on gun purchases.

Last year, he endorsed Chuck Schumer’s plan to take guns away from people who have not been convicted of crimes, but simply find themselves on a government watch list.  In other words, he supports taking people’s Second Amendment rights away without due process.

Finally, just this year, we’re seeing some of the ill-effects resulting from Trump’s poor judgment.  What I mean is that Trump contributed $25,000 to the virulently anti-gun Terry McAuliffe in 2009.

This is the same anti-gun McAuliffe who went on to become the chief executive of Virginia.  As Governor, McAuliffe has vetoed a multitude of pro-gun bills (including a variant of Constitutional Carry) and unilaterally tried to revoke dozens of reciprocity agreements with other states.

Again, the fact that Trump would spend such large sums of money for a noted anti-gun candidate like McAuliffe shows that his “wheeling and dealing” doesn’t always put the Constitution first.

Trump brags about the “deals he’ll make” specifically with Harry Reid and Nancy Pelosi. Heck, he’s given contributions to Hillary Clinton and Chuck Schumer, and several other anti-gun Democrats, as well.

But all of these contributions have only helped to financially back candidates who are at war with our constitutional rights.

That’s why I believe that when it comes to defending the Constitution — and the Second Amendment in particular — Ted Cruz is THE PRESIDENTIAL CANDIDATE who has always been there for us.

I hope that you will get out and vote for Ted Cruz on Tuesday and will encourage your pro-gun friends and family to do the same.

Paid for by Gun Owners of America.
www.gunowners.org
Not authorized by any candidate or candidate’s committee.