Because Rep. Ron DeSantis is a rock solid, 100% supporter of ALL of your constitutional rights — includingthe Second Amendment.

Ron understands that the Second Amendment isn’t about duck hunting.  It is about the protection of our freedoms. 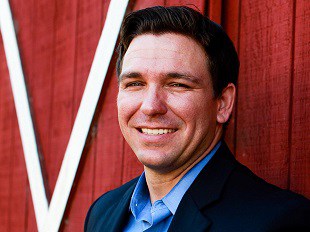 That’s the kind of bold statements we want all our legislators making.

So when the anti-gunners come to Congress trying to take away your gun rights because of the actions of criminals, Ron DeSantis stands firm in defense of yourright to keep and bear arms.

>> Ron has a perfect “A” rating with Gun Owners of America.

>> He is the cosponsor of legislation to recognize concealed carry permits across the country.

>> Ron stood with 66 other conservative Republicans against their own leadership to oppose a massive government spending bill that also funded President Obama’s gun control agenda.

>> As a member of the Judiciary Committee, Rep. DeSantis urged his colleagues to reject the so-called Gang of 8 immigration bill, which would set millions of anti-gun Democrat supporters on a path to citizenship – and voting rights.

Ron DeSantis is exactly to kind of public servant we need in the U.S. Senate.

It’s not enough to defeat the outright gun bans sponsored by Chuck Schumer and Dianne Feinstein. We need champions for the Second Amendment who will fight to defeat the backroom deals and compromises that chip away at the Constitution.

Ron has been steadfast in opposing the nomination judge Merrick Garland to the U.S. Supreme Court.  If confirmed, Garland would join the four liberals on the Court to overturn the Second Amendment right to keep and bear arms. We need Ron in the Senate as a no compromise warrior for the Constitution.

Ron is a decorated member of the U.S. Navy, having served in Iraq, and he currently serves in the reserves. He has put his life on the line defending our freedoms abroad and in the U.S House fighting against the anti-gunners who are bent on destroying the U.S. Constitution.

We ask that you stand with Ron DeSantis and Gun Owners of America.

Click here for more information on how you can support Ron DeSantis for U.S. Senate and get involved in this very important race.

P.S. In recent years, we’ve seen a resurgence of anti-Second Amendment legislation.  We need Ron DeSantis in the U.S. Senate to fight for the gun rights of Floridians and all Americans.