ACTION: Click here right now to contact your Representative and to urge him or her to co-sponsor and vote for H.R. 3516.

Millions of seniors could lose their guns, jeopardizing the ability of kids and grandchildren to inherit them

For the past few weeks, GOA has been telling you about Obama’s cruelest gun grab yet.

He’s snatching guns from combat-wounded veterans — and planning the same for the elderly — using private personal records from Social Security and Veterans Administration to target anyone who has someone else handling their checkbook. 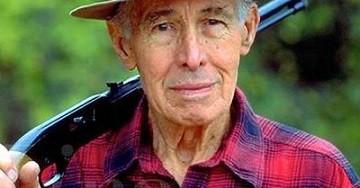 These people aren’t criminals. They’re not even dangerous. They’re just having someone else handle their bills.

They are seniors and combat wounded veterans. It could be your mother or father. It could even be you.

Well, one member of Congress is doing something about it.

Congressman Sam Johnson, himself a combat-wounded veteran of both Vietnam and Korea and a seven-year Vietnam POW, has introduced H.R. 3516, the Social Security Beneficiary Second Amendment Rights Protection Act.

This bill would stop Obama from putting people on the national gun ban list simply because Social Security or the VA has someone else listed as handling their finances.

“Because he failed to push his gun control agenda through Congress, his administration is now seeking to deny millions of law-abiding Americans their right to bear arms by going through Social Security,” says Congressman Johnson.

“Old age or a disability does not make someone a threat to society.”

“These folks should be able to defend themselves just like everyone else, and Social Security has no business stripping them of that right,” Johnson said. “This bill puts a stop to yet another overreach by the Obama administration.”

It’s time to put an end to this cruel gun ban.

ACTION: Click here right now to contact your Representative and to urge him or her to co-sponsor and vote for H.R. 3516.