Gun owners in New Mexico have an amazing opportunity to elect a Governor who is a proven Second Amendment leader — Congressman Steve Pearce.

Pearce has solid “A” rating with Gun Owners of America based on a perfect pro-gun voting record and for his support of legislation to protect your gun rights. 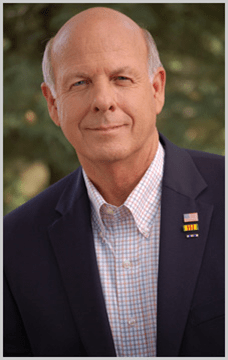 Rep. Pearce has consistently defended the Second Amendment while in Congress — and has put his support behind legislation such as concealed carry reciprocity and the Hearing Protection Act.

Steve Pearce will bring those same pro-gun principles to New Mexico as governor.

On behalf of Gun Owners of America, I am proud to endorse Steve Pearce for governor, and I urge you to stand with Steve as well.

And I also want to thank you for your support of Gun Owners of America.

With your support, GOA is able to identify the strongest pro-gun candidates for office in New Mexico and across the country to ensure that your Second Amendment liberties are not infringed upon.

So please take a moment to send a small contribution to Gun Owners of America by clicking here.

Your support is what makes GOA so effective in Washington, D.C., in New Mexico, and across the country.

PS: New Mexicans deserve a governor who will make gun rights a priority — and Steve Pearce is the man for the job. That is why GOA is rallying behind Pearce for governor. You can help GOA’s efforts by chipping in with a contribution of $10, $25, $50, or any amount here.