Good News … and Some Bad News

We start with yesterday’s bad news.

The Supreme Court’s decision in the Abramski case was a lawless decree imposed by liberal judges who are way out of step with the American people — as nearly 75% of them agree that the Second Amendment protects an individual right to own and sell guns.

Both men passed a NICS background check, yet ATF claimed that Abramski lied on his Form 4473 when he claimed he was the “actual buyer” of the firearm.

This case involves one of the greatest instances of regulatory and prosecutorial abuse that we have ever seen.

The concept of a “straw purchase” is a “doctrine” created by ATF and the courts, rather than a “crime” enacted by Congress. 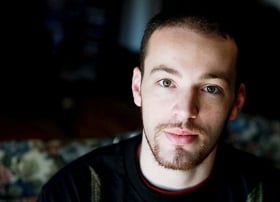 ATF argued that Abramski’s statement was “intended or likely to deceive” the Federal Firearms Licensee (“FFL”), even though he specifically asked two FFLs who both told him that he was following the law.

Click here to see the analysis of the Abramski decision by Gun Owner’s legal team. (Link no longer active)

The Abramski decision throws gun laws into great confusion.  After all, even Sarah Brady has admitted — on pp. 223-224 of her book, A Good Fight (2002) — that SHE BOUGHT a hunting rifle for her son for Christmas one year.

She did exactly the same thing that James Abramski did, who has been viciously prosecuted by an anti-gun Obama administration!

Maybe the Obama Administration should now open a case against Sarah Brady, who is the founder of the Brady Campaign — an organization which is, ironically, championing yesterday’s Supreme Court decision.

They should prosecute her, too, but don’t hold your breath.

This just shows the importance of this year’s elections, when voters will have the opportunity to take the gavel out of Senator Harry Reid’s hands.  The Senate Majority Leader has been busy packing the courts with far-left judges who don’t respect the Second Amendment, and now the “chickens are coming home to roost.”

Now that two anti-gun judges have been confirmed to the Supreme Court under Obama’s presidency, we have an anti-gun decision authored by Justice Kagan — who was supported by Senators Mark Begich (D-AK), Lindsey Graham (R-SC) and Mary Landrieu (D-LA), among others.

Click here to see if your Senator voted for Justice Elena Kagan — and let them know your displeasure if they voted to confirm her.

Two Things to be Happy About

First, the impact of the defeat of Eric Cantor on the anti-gun amnesty bill, which would have created over 8 million anti-gun voters.  We reported on that election last week, but didn’t discuss its ramifications.

But there was every evidence that, once Cantor had passed his primary, he intended to bring up immigration amnesty in July and slam it through the House with Democratic votes.  The notion is that Cantor would have thumbed his nose at Republican conservatives, who would, in Cantor’s mind, not have been able to do anything about his perfidy.

Now that is much less likely to happen.

Pundits of all political stripes spent election night last week throwing dirt on the grave of immigration amnesty, which had been the central issue in David Brat’s defeat of Cantor.

National Review Online has not exactly been the biggest opponent of amnesty.  Yet, last Wednesday morning, NRO columnist Jonah Goldberg said that amnesty has had “a stake driven through its heart; it was drawn and quartered; it is dead; the earth was salted.”

Goldberg went on to observe that anti-amnesty Americans could not have sent a stronger message if “the Potomac turned to blood and frogs rained from the sky.”

Final victory for this year will happen only when Congress adjourns sine die.  But an attempt to ambush us appears to have been headed off at the pass.

Second thing that will make your day:  Also last week, Barack Obama was asked what was the biggest frustration of his administration.  He replied:  “My biggest frustration is that society hasn’t been willing to take some basic steps to keep guns out of the hands of people who can do damage.”

Obama went on to claim that the difference between the U.S. and countries like Finland is that, in the U.S., “these guys can stack up a bunch of ammunition in their houses and that’s sort of par for the course.”  [Of course, 1968 Gun Control Act regulated ammunition, but the 1986 McClure-Volkmer Act deregulated it.]

This tells us a lot about Barack Obama, who has been open about his intent to implement universal background checks, but now has made it clear that he sees this as a stepping stone to regulating and banning ammunition as well.