GOA Helps Defeat Bloomberg-backed Gun Control in Yet another State

“As applied to the States through the Fourteenth Amendment [in McDonald], the right to keep and bear arms belongs to all citizens of New Jersey, not just to a privileged few selected by the state.” — Gun Owners of America’s legal brief before the U.S. Supreme Court in Drake v. Jerejian

It’s been a busy couple of weeks in the battle for Second Amendment rights.

While we won a notable victory against Bloomberg’s minions in New Hampshire, we also suffered a setback at the hands of the U.S. Supreme Court.

We’ll begin with the Supreme Court.

On Monday, the Supreme Court refused to hear the case of Drake v. Jerejian, which involves a New Jersey citizen who has been denied his right to carry a concealed firearm.

Gun Owners of America had filed an amicus brief in the case, challenging the state law which requires officials to find “justifiable need” before granting a concealed carry permit.

There are steep penalties for carrying a gun without a permit in New Jersey; it is a felony that is punishable by five to ten years in prison.

Two lower federal courts had ruled against John Drake and stated that there is no constitutionally protected right to carry concealed firearms.

By refusing to hear this case, the Supreme Court has effectively let the lower courts’ decision stand. 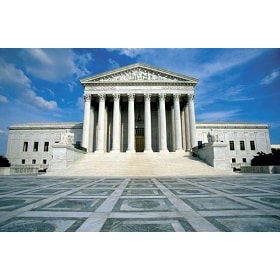 While the High Court’s refusal to hear the case is disappointing, one should be careful not to read too much into the decision.  The Supreme Court takes only a fraction of one percent of the cases that are submitted to it for review.

The rumor in Washington was that pro-gun Justice Antonin Scalia was trying to assemble five Supreme Court votes to overturn New Jersey’s statute.  And just because he hasn’t found those votes yet doesn’t mean they won’t eventually emerge.

That’s why the Court’s refusal to hear this case should only be considered a setback — although it’s certainly disappointing, especially for the citizens of New Jersey.

But we should not lose sight of the fact that we won two very important Court decisions — in Heller (2008) and McDonald (2010) — which both affirm the individual right to keep and bear arms.

In his 2008 dissenting opinion, Justice Stephen Breyer lamented that the Heller decision “threatens to throw into doubt the constitutionality of gun laws throughout the United States.” (Breyer dissent in Heller, p. 44.)

In fact, the Heller and McDonald decisions have already led to the repeal of some anti-gun laws around the country.  But the Court’s refusal to “follow through” since then has left many people frustrated.

As stated by the Cato Institute, “It’s as if the Supreme Court announced that the First Amendment protects an individual right to blog about politics from your home computer, but then some lower courts allowed states to ban political blogging from your local Starbucks.”

And that’s why gun owners should not look to the courts as the final arbiter of the Constitution.  So the lesson in all of this is:  Don’t put all your eggs in one basket.

Should we be involved in the courts?  Yes, and in fact, GOA has been involved in virtually every major gun case in recent history (including Heller and McDonald).

But we should never forget what constitutes the Supreme Law of the Land, under Article VI of the Constitution.

First, there’s the Constitution itself.  Second, there are laws passed “in pursuance” to the Constitution.  Finally, treaties made under the authority of the United States are supreme law, as well.

(You will notice that Supreme Court opinions are NOT listed in that group.)

So while Gun Owners of America will remain active in the courts, we will also continue to spend most of our time helping you — as a member of the most active grassroots movement at the national level — to lobby your Representatives and Senators, so we don’t have to rely on Obama-appointed judges to bail us out from bad legislation.

We thank you for your activism, and we encourage you to continue forwarding our alerts so that we multiply our voice on Capitol Hill.

First, there was Nevada, where GOA and its allies defeated Bloomberg-backed gun control last year.

Then there was Colorado, when former New York City Mayor Michael Bloomberg poured in hundreds of thousands of dollars in an effort to save two state senators who had voted for gun control.  Bloomberg lost.

Just recently, billionaire Michael Bloomberg targeted New Hampshire for his anti-gun crusade.  But thankfully, Gun Owners of America was able to defeat his attempts to pass gun control “lite” in the state.

This state, perceived by Bloomberg as an anti-gun blue state, was to be the test case to show it was possible to enact gun control on a state-by-state basis, outside New York and Connecticut.

This is why gun owners all around the country should celebrate what happened in New Hampshire.  We can all be encouraged by the fact that the Granite State has sent Bloomberg packing, licking his wounds.

First to drop was Bloomberg’s universal gun registration, comparable to the federal Toomey-Manchin proposal.  This was killed in the Democratic House on a procedural question by one vote.

Then last week, the House unanimously, by voice vote, killed another piece of legislation which was originally introduced to speed up the submission of names to the NICS system in the case of, for example, Alzheimer’s patients who had had a guardian appointed.

Actually, the bill would have sent the names of many other people who had guardians to the NICS prohibited persons list.  If a person was knocked unconscious in a car accident and the hospital appointed a guardian, then that person’s name would be sent to NICS as well.

This defeat of the bill came after GOA had teamed up with the New Hampshire Firearms Coalition — a truly pro-gun group in the state — to oppose the bill.  GOA and NHFC both issued multiple grassroots alerts and made direct appeals to legislators in the state capitol.

Sadly, a couple of “pro-gun” groups had pushed the legislation in New Hampshire to send lots of additional names to NICS.  They felt that, if the liberal media saw that gun groups were willing to assist in taking away gun rights from some people, then the “gun lobby” would be viewed more favorably.  Suffice it to say that this strategy never, ever works.

Many other states are now facing battles to send more names to NICS.  In New Hampshire, persons appointed guardians are supposedly given a modicum of due process.

But, in fact, all of their rights are routinely deemed to be waived.  Innocent seniors who had spent all of their lives building a gun collection for their children would have suddenly found their names on the FBI’s “gun ban” list, even though they posed no danger to anyone.

The bottom line:  We need to look more closely at demands for more NICS submissions from supposedly “pro-gun” groups.  And we especially need to look at whether people who are being pushed into the NICS system have actually received due process.

Sometimes we need to ask the leaders of “pro-gun” groups:  What part of infringed don’t you understand?