Written by Gun Owners of America Published: 22 May 2014

We’ve heard it all a thousand times:  Barack Obama’s dubious claims that he believes in the Second Amendment — that he supports hunting and fishing — that he only wants to make “reasonable, common sense” restrictions on your Second Amendment rights.

And we’ve told you a thousand times what you already knew:  The man is a liar.

Obama’s goal is nothing less than to crush the Second Amendment movement — and outlaw the possession of firearms in America.

Now we have the “smoking gun” (so to speak).  Obama has now moved to shut down every gun dealer and manufacturer in America by cutting off all credit from any financial institution — in addition to eliminating any ability of an FFL to process payments through the banks.

In a front-page article Monday in The Washington Times, reporter Kelly Riddell described this concerted effort by the Obama administration to choke off gun manufacturing and sales in the United States by drying up credit to gun dealers and manufacturers.

The effort starts with the Federal Deposit Insurance Corporation, which has lumped gun dealers in the same “high risk” category as pornographers.  Coupled with Eric Holder’s Justice Department Operation Chokepoint, the FDIC’s action has encouraged banks to destroy the gun industry by dropping dealers, freezing their assets, and refusing to process their on-line sales.  Already, thousands of gun dealers report being victimized by this administration effort to destroy the Second 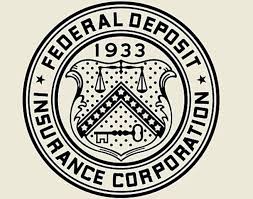 And, if the gun dealer near you has yet to feel the pinch, just wait awhile.

As Barack Obama no doubt understands, if American gun dealers and manufacturers can no longer get credit, the manufacture and sales of firearms in America come to a screeching halt.

As the owner of the gun manufacturer, the McMillan

Group, persuasively argued in the Riddell article, this is nothing more than an “attempt by the federal government to keep people from buying guns.”

In fact, it’s becoming increasingly clear that the Obama administration feels it can destroy a major political opponent of theirs — namely, gun owners — by destroying and demoralizing the Second Amendment movement.

Already, Gun Owners of America is encouraging Members of Congress to defund Obama’s efforts to dry up funding for the firearms industry by regulatory fiat.

Congressman Steve Stockman put it this way: “It’s pretty clear that, unless Congress uses the power of the purse to stop him, Barack Obama will use his ‘phone and his pen’ to ban guns by cutting off money for gun manufacturers and dealers.”

The Obama administration has done a lot of nibbling around the edges in its efforts to ban guns by the back door.  But it has now taken us to the crucible of history.  And Congress, by its actions, will show whether it is willing to take on the White House and the sycophant mainline press in order to save the Bill of Rights.

Legislators are proposing bills on a wide variety of fronts.  Blaine Luetkemeyer, vice chairman of the House committee with jurisdiction, has called for legislation to block the FDIC’s insidious scheme.  And good for him!  But, given that Obama will veto any free-standing legislation to save the gun industry, an appropriations rider is also necessary.

By the way, remember the Manchin-Toomey amendment from last year?  It would have required private transactions to go through gun dealers.  Now we know what that was about.  If you have to go to a gun dealer to transfer any gun — and Obama succeeds in shutting down every gun dealer in your state (or within 200 miles of your home) — the Second Amendment, practically, ceases to exist.

While we must work hard to defund Obama’s backdoor efforts to impose gun control, there is also a free market solution that has sprung up.  One company that was hit hard by this FDIC policy has created an answer:  McMillan Merchant Solutions.

The McMillan family is no newcomer to the Second Amendment community, as they have been manufacturing guns and accessories since 1973.

A victim of the Obama Administration’s policies, the McMillans recently invented and implemented Pistol Pay — a product specifically designed to handle legal firearms transactions between two individuals in a safe and secure method.

If a gun store you deal with has been squeezed due to the President’s administrative pressure, here is where they can get relief: http://www.mmsllc.com/

Finally, GOA has just learned that there seem to be other similar solutions.  As we check them out, we will let you know about them.

ACTION: Contact your Senators and Representative. Demand that they adopt language on this year’s appropriations bills which will stop Obama from bankrupting the firearms industry by cutting off credit to gun dealers.

Larry Pratt has a cameo appearance in the movie, A Long Way Off.  It is a 21st century version of the Prodigal Son.  After getting beaten up, the Prodigal goes to Larry’s Gun Store to get a gun..

Sarah Palin: An AR-15 is a Great Gift for Those You Love