[TAKE ACTION] Oppose the Nomination of the Gun-Hating Mark Bennett!

Click on the Take Action button to urge your Senators to oppose the nomination of Mark Bennett to the 9th U.S. Circuit Court. You can also call the Senate at (202) 224-3121. 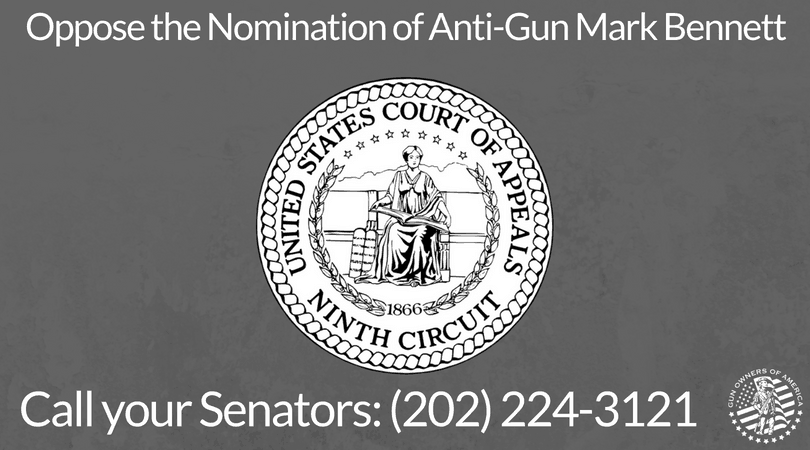 Yet, Trump has nominated a leftist, anti-gunner to fill a seat on that court, and the Senate Judiciary Committee has approved that nomination — despite GOA’s opposition to the nomination.

The nominee for the nation’s second highest court is Mark Jeremy Bennett who, as Hawaii’s Attorney General, opposed the Supreme Court’s determination in Heller that the Second Amendment is an individual right.

Bennett also opposed GOA’s right to participate in the legislative process, which was affirmed in the Citizens United decision.

But, in spite of Bennett’s reliably left-wing leanings on these and virtually ever other issue, Trump and weak-kneed Republicans seem inclined to reward him with a promotion and pivotal seat on one of the country’s most important courts. 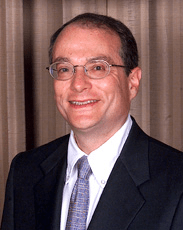 The left-wing Alliance for Justice, which has slow-walked all of the rest of Trump’s judicial nominees, approves of Bennett, calling him “mainstream.”

So here’s a suggestion: since anti-gun senators are blocking a vast number of Trump’s judicial and executive nominees, Republicans would be fools to consider Bennett before the entire backlog of conservatives has been approved by the Senate.

Think about it: Senator Chuck Schumer and his gang of anti-gunners are blocking dozens of pro-gun nominees.

If we reward them by passing gun controllers while blocking constitutionalists, we have every right to ask why keeping Republicans in power in the Senate confers any advantage.

So please take action. Urge your Senators to oppose the nomination of Mark Bennett.

PS: You can also call the Senate at (202) 224-3121 to voice your opposition. And did you know that GOA is expending vast resources battling gun confiscation orders, fighting bump stock bans, and more? Could you contribute to the fight? Even $10 or $20 goes a long way!