— Contact Chris Christie and urge him to veto bill

A couple of months ago, Gun Owners of America alerted you to a New Jersey gun control bill that not only threatens the citizens of that state, but gun owners everywhere.

The legislation, Assembly Bill 2006, would reduce magazine capacity in New Jersey from 15 rounds to 10 rounds — and instantly turn hundreds of thousands of Garden State citizens into criminals.

In March, GOA initiated a national poll to ascertain how gun owners felt about these restrictions.  Out of more than 12,000 respondents across the country, the survey found that 96% of American gun owners want Gov. Chris Christie to veto the bill.(1)

A2006 has cleared both chambers, although it must now go back to the Assembly for another vote.  The Democrat-controlled Assembly is expected to approve the bill again, which means that New Jersey Governor Chris Christie will decide whether to veto the bill. 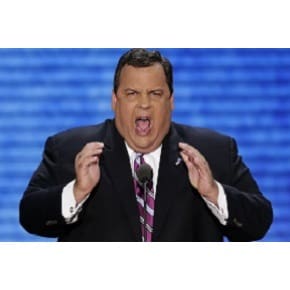 Press reports indicate that Gov. Christie has still not made up his mind on what to do with this legislation.  According to The Washington Times:

So far, Mr. Christie’s office has refused to take a stand.

“If and when a final version of legislation reaches his desk, it will be carefully reviewed in the 45-day period he has prior to taking any action,” one spokesman for Mr. Christie said, in NJ.com.

The battle over A2006 is becoming a high-profile event.  Given that Gov. Christie is expected to throw his hat into the ring as a presidential contender, what he does here will have ripple effects around the country.

His decision could either retard gun banners’ efforts nationwide or give impetus and momentum to the Bloomberg gun ban agenda.

That’s why this fight impacts gun owners all over the nation.

ACTION: No matter where you live, GOA would encourage you to distribute this alert and then to contact Gov. Christie.  Urge him to veto A2006.

You can use his webform at:  www.state.nj.us/governor/contact (Select the topic of “elections.”)

Gun owners around the nation will be watching to see what you do with Assembly Bill 2006, a bill that would reduce magazine capacity in New Jersey from 15 rounds to 10 rounds.

This bill is completely unconstitutional and won’t do anything to keep larger capacity magazines from getting into the hands of criminals.

Not only that, A2006 will instantly turn hundreds of thousands of Garden State citizens into criminals.

Having said all this, you should know that gun owners around the nation OPPOSE this bill and want you to veto it.

Gun Owners of America initiated a national poll to ascertain how gun owners felt about A2006.  Out of more than 12,000 respondents across the country, the survey found that 96% of American gun owners want you to veto the bill.

Again, banning tens of millions of magazines that are already in circulation won’t keep them out of dangerous hands, but it will make law-abiding citizens less safe.

Please veto A2006 if it reaches your desk.

By the Time Armed Thug Saw Quick-Thinking Homeowner Crouching and Holding an AR-15, It Was Too Late