“It really doesn’t matter, when somebody shows up at a place, why they’re trying to kill people,” Erich Pratt, the group’s director of communications, told MSNBC. “The important thing is that people be able to protect themselves.”

Not a GOA member yet?  Click here to join Gun Owners of America! And click here to take action on today’s alert!

Yesterday’s tragic shooting at Ft. Hood raises the question once again:  How many more lives must perish before Congress repeals the ban on service members carrying guns?

We now know that Ivan Lopez, an Iraq War veteran, brought a .45 caliber semi-automatic handgun onto Ft. Hood yesterday and killed three other people, before killing himself.

Fox News reports that the rampage ended when a female MP drew her weapon, causing Lopez to take his own life. 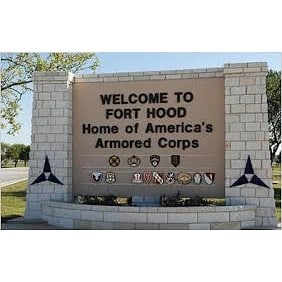 It was previous base shootings like this one that prompted Rep. Steve Stockman (R-TX) to introduce H.R. 3199 last year, a bill to repeal the ban on carrying firearms on military bases.

Click here to send a message to your Representative and demand that he cosponsor H.R. 3199!

“Why are civilians at a restaurant allowed to defend themselves but soldiers trained in firearms aren’t?” Stockman asked.  “Why can’t we extend common sense gun laws like open carry to our soldiers?”

Ret. Sgt. Alonzo Lunsford — who survived the 2009 Ft. Hood shooting, despite being shot 7 times by Nidal Hasan — shocked an MSNBC host today when he said “I think more guns” is the answer.

“Had it been where other service members [had] guns or weapons on them at that time,” Sgt. Lunsford said, “I don’t think [Lopez] would have reacted the way that he was reacting.”

It is imperative that gun owners urge their Representatives to cosponsor H.R. 3199.  Every time we repeal another gun-free zone, we take away another killing zone that the Left can use to clamor for gun control.

Click here to send a message to your Representative and demand that he cosponsor H.R. 3199!

To be sure, the political Left has spent the entire day trying to exploit this tragedy in hopes of resurrecting calls for gun control.

Should we ban those on anxiety meds?  How about servicemen with PTSD?  What about just anyone who is seeking psychiatric counseling? 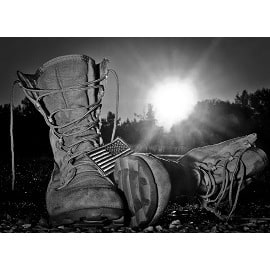 These are the questions that MSNBC hosts have raised today.  But over and over again, even their own liberal guests continue to shoot down the idea that society can accurately predict which non-violent individuals are likely to commit violence in the future:

So even though gun grabbers are trying to use tragedies like this to expand gun laws — making them even more draconian — the dirty little secret among the “intelligencia” is that background checks are doomed to fail:

* Remember Adam Lanza at Newtown, Connecticut?  He stole his firearms from his mother, whom he murdered.

* Or how about the Clackamas Mall shooter?  He stole his AR-15, just as Lanza (one week later) would steal his firearms.

* Then there was the James Holmes at the Aurora theater in Colorado.  He passed two background checks.

* Or how about Jared Loughner in Tucson, Arizona?  He passed a background check.

No wonder that America’s police officers, by a 2-to-1 margin, support concealed carry as the answer to large scale shootings — as compared to expanding mental health checks for gun buyers.  (See page 6.)

“Saving lives by allowing trained soldiers to carry firearms should be an easy fix,” said Rep. Stockman.  “No reasonable person can oppose that.”

ACTION: Urge your Representative to cosponsor H.R. 3199, the Safe Military Bases Act; and thank those who already have.  By using the GOA Engage feature — and inputting your address — the appropriate message will be selected, based on whether your Rep. has cosponsored the bill.

P.S. It’s time to put an end to the dangerous gun ban on military bases. Click here to help GOA reach out to more gun owners so we can increase the pressure on politicians in Washington.